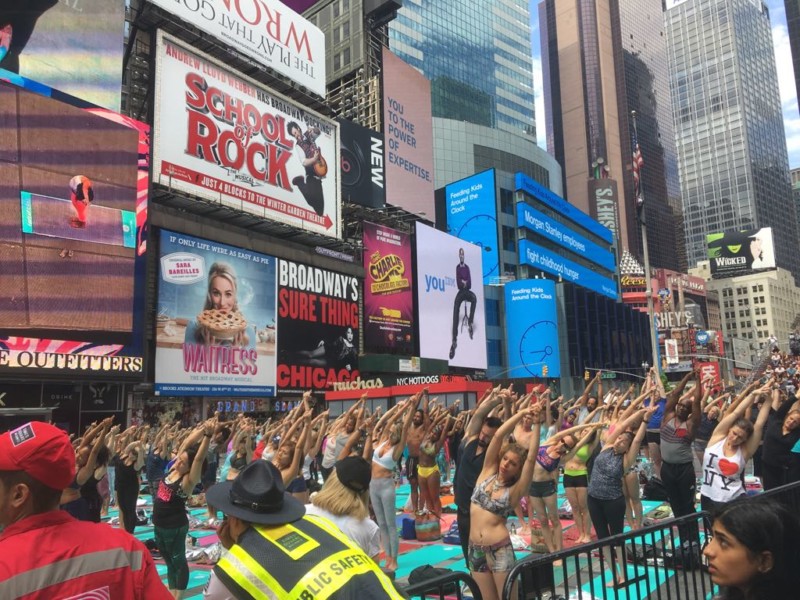 Mind Over Madness Yoga A Peaceful Sit In In Times Square

Mind Over Madness Yoga A Peaceful Sit In In Times Square 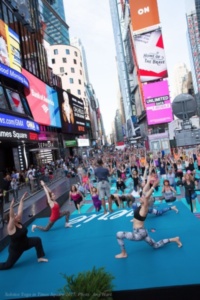 More than 12,000 yogis showed up in New York’s Times Square for seven free yoga classes throughout the day on Wednesday, June 21st. Downward-facing dogs and sun salutations, helped ring in the 15th annual Solstice in Times Square. The event marks the official first day of summer. The Times Square Alliance welcomed yogis for free yoga classes entitled “Mind Over Madness.” “Ahimsa,” is a Sanskrit word often translated as “do no harm, non-violence, or compassion.” 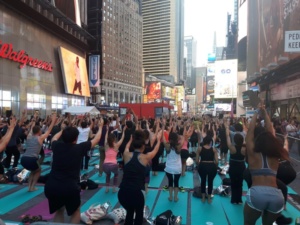 Tim Tompkins, president of Times Square Alliance and co-founder of the event says they chose the theme in response to recent violent events around the world. “A few weeks ago in Times Square a madman drove a car over people, right across the street, and, so, one of the themes this year is the yoga notion of ahimsa, nonviolence, do no harm because we see that all throughout the world, and we need a little more peace in the world.” 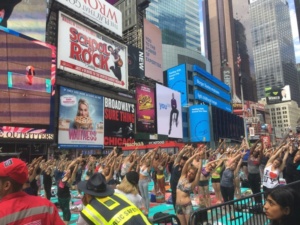 Classes were held between 44th and 45th Streets, nicknamed Yoga Village. There were also giveaways, free flash tattoos, a photo booth and more.