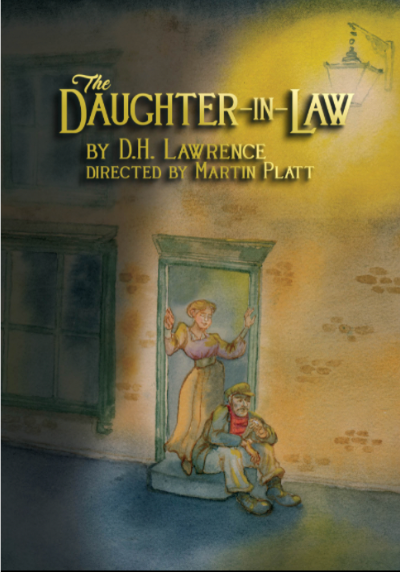 The Daughter-in-Law remains one of the Mint’s most popular and successful productions. “Proof that theater history is worth excavating,” The New York Times declared when naming it among the Best Productions of the Year.  The original six-week run was extended to four months and received two Drama Desk nominations including Outstanding Revival.

The Daughter-in-Law was neither produced nor published in Lawrence’s lifetime. It first appeared in print in 1965 when a complete edition of Lawrence’s plays was published for the first time. Three years later The Royal Court presented the world premiere of The Daughter-in-Law. Michael Billington of The Guardian called the play “One of the great British dramas of the 20th century.” Other British productions since have provided fresh occasions to celebrate Lawrence’s achievement as a playwright, but in the US, only Mint Theater Company has staged The Daughter-in-Law. Lawrence’s challenging idiomatic text and difficult Nottinghamshire dialect may have intimidated other producers.

Written in 1913 and set against the background of the impending national coal strike of 1912, The Daughter-in-Law tells the story of Luther Gascoyne, a young miner, and his newly wed wife Minnie, a former governess. The tensions and misunderstandings they suffer due to their different backgrounds and expectations are exacerbated by the powerful influence of Luther’s mother and brought to open conflict when it is discovered that Luther, before his marriage, made another woman pregnant. As the labor unrest comes to a boil, so does the simmering conflict between Luther and Minnie.