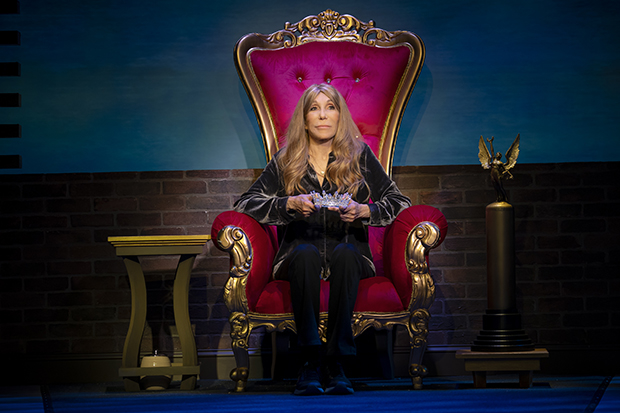 “As a child, I was chubby and had bad hair and bad teeth — and [that was] an insult to her.”

Don’t get mad write a play and you will have the last say. Bess Myerson was a narcissistic, self absorbed women, who traumatized her only child Barra Grant and she speaks about it in Miss America’s Ugly Daughter: Bess Myerson and Me. Myerson was the first (and only) Jewish winner of the Miss America pageant. She won in 1945. Her victory gave Jewish Americans, a sense of pride, considering the holocaust had just ended. Ms. Myerson spoke out for Jewish causes, was a regular on television, was New York City’s first commissioner of consumer affairs, and had an unsuccessful run for the US Senate. She was also the beard for Ed Koch helping him win the election.

Grant, states in the show she eventually found love and forgiveness, yet the show will not have you thinking well of Ms. Myerson, at all. In a sense it erases any kind of good she ever did. As a child Barra was given unrealistic expectations, as her mother criticized her for everything, but mostly her appearance. She was never skinny enough or told she was pretty and sadly her mother did horrid things like chop off her hair because she did not want to deal with it. I could easily relate to this as I had the same kind of mother. What was hard to relate to was the fact that she put up with this insane behavior into adulthood. When Barra married she states, “I fell in love with somebody who looked at me with unconditional love, as opposed to having so many expectations.” Her mother of course didn’t approve of her choice. When she was nine months pregnant her mother told her how fat she had gotten. When it was time to deliver the baby instead of getting in cab, her mother made her take the subway. She invited Barra’s friends to dinner and then made them pay claiming she forgot her credit card. Her response was “I’m passing some new consumer laws for poor people. That’s almost like paying for dinner.” The worst was her mother would call her at all hours of the night claiming she was suicidal, not allowing her to sleep. Personally I think she should have turned off the ringer.

Myerson also stole toilet paper from bathrooms and blankets from airplanes, which she gave as gifts despite having money. In the early 1980s, Myerson became the companion of a wealthy New York sewer contractor Carl A. “Andy” Capasso, who was married and more than 20 years her junior. Capasso was convicted in 1987 of evading hundreds of thousands of dollars in taxes, and served two years in prison. Ms. Myerson was accused of trying to influence a judge in the Capasso divorce case by giving the judge’s unemployable daughter a $19,000-per-year city job as her assistant in the Department of Cultural Affairs. In October 1987, Ms. Myerson, Capasso and Gabel were indicted for conspiracy, bribery and mail fraud, but were acquitted. In 1988, Myerson also pleaded guilty to shoplifting charges and her celebrity was tarnished.

Ms. Myerson has long been out of the public eye and now Barra a television actress, a screenwriter and film director, in her solo show has brought her mother back into the tabloids. Grant says she now understands her mother, who grew up “extremely poor” in the Bronx and suffered the psychological abuses of her own parent. “Her mother was extremely cruel to her,” but does that excuse her bahavior?

The show is directed by Eve Brandstein, who adds Ms Myerson in voice only, thanks to Anna Holbrook. Holbrook adds the sardonic cruel tone to the midnight, 1am, 2am, 3am, 4am and on, phone calls. Tom Jones’s projections give insight, but instead of keeping this show intimate set designer Elisha Schaeffer crowds the stage with furniture. All that was really needed was the throne.

Grant, writes well and delivers the lines with aplomb, but she is awkward, gawky and uncomfortable to watch. There are many who will be able to relate to this docuplay, but forgiveness would not be what you will come out thinking. This is still one hurt child, who has finally had her say.