The Today Show Citi Concert Series started this yesterday morning with Harry Styles. Prior to his performance on the Today show on Tuesday, Styles wanted to thank his dedicated fans who had been waiting in line all night and some for days, so he treated them to pizzas. The singer, has been known to treat his fans to food while they wait in line. 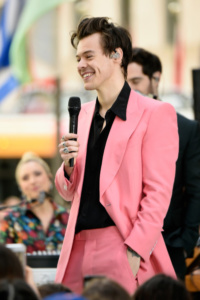 For those who don’t know Rockefeller Plaza is alive with an amazing concert series. The shows are free, but attendance is on a first-come first-served basis. It’s suggested fans get there around 5 a.m. The Today show starts at 7 a.m. The concerts are all located at 48th Street between Fifth and Sixth Avenues and they happen rain or shine.

July 28 — Fitz and The Tantrums

*Dates for Bruno Mars, Tim McGraw and Faith Hill and Camila Cabello to be announced.