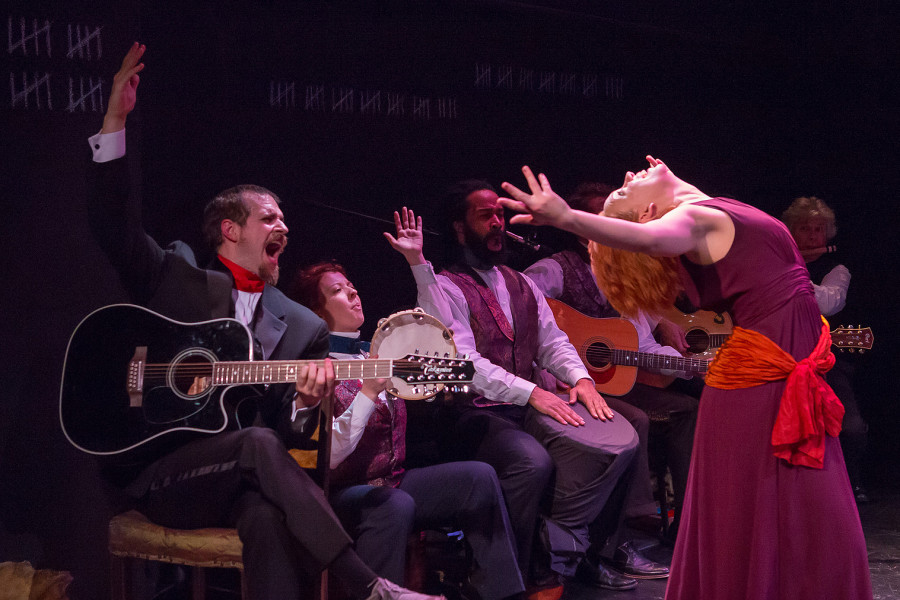 Monte Crisco Does Not Shed New Light on Classic Novel

Monte Crisco Does Not Shed New Light on Classic Novel 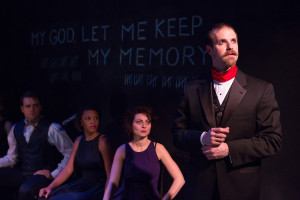 New Light Theater Project’s premiere of Jared Reinmuth’s Monte Cristo, is an adaptation of Alexandre Dumas’s 1844 novel The Count of Monte Cristo. This ambitious production succeeds and fails. The plot is so confusing even for people who know the novel, because actors switch roles, much like the Elevator Repair Service’s productions of novels to stage. The difference between the two is the calibre of actors. In Monte Cristo the production comes of as a college production, because the actors aren’t skilled enough. They aren’t bad, they just aren’t seasoned enough. This comes with a production where most of the actors are not professional. Ironically in this production the non-union actresses fare the best. This production takes on movement and stylized theatre, which has to be precise and it is not. Again this production could use some pruning. It runs 2 1/2 hours with the first act over and 1 1/2. The problem with this is you lose a good portion of your audience and they did. 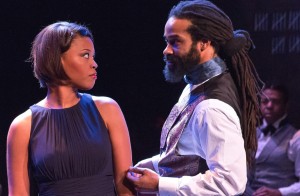 This version focuses, so I was told on the themes of memory and madness, but in order to do that, the narrator needs to be solid in emotions and feelings. *Tom Frank as Monte Cristo seems neither mad or revengeful. He is dull and in order to really follow this story we must feel his pain and his torture. We do not until the last 10 minutes of the play. 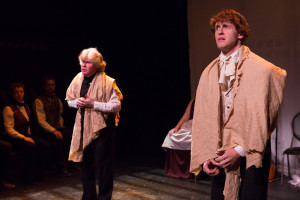 For those who do not know the story, a nineteen year old sailor Dantes (Brett Benowitz) is falsely accused of treason by three men who want what Dante posses. Fernand Mondego (*Carsey Walker, Jr), wants Dantes’ girlfriend Mercédès'(Kate Kenny) for himself. Danglars (*Vinnie Penna), wants his position and is ambitious with greed and Villefort (Paul Sheehan) has secrets he does not want out. After 13 years in jail, Dantes escapes with the help of another prisoner and transforms himself into the wealthy Count of Monte Cristo as part of an elaborate plan to exact revenge. 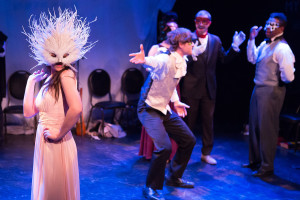 Here is part one of the problem; Mercédès is played by a young white girl, but when she grows up she is played by Alana Barrett-Adkins who is black. Both actresses are quite good and are the best part of the play, but how do you grow up from white to be black? I know, I know in a perfect world we do not see color, but in a complicated story line it takes you out of the story, as your mind is trying to understand the change. Also both actresses had a different approach to the role, so there was even a personality disorder and a difference of accents.

Cailin Heffernan is an interesting director, she uses and arsenal of projections, mime, movement, music with an original score by Henry Aronson, along with a cast of thirteen who never leave the stage, keeping with the New Light Project’s manifesto. Amanda Berry, Ian Eaton*, Tom Frank*, Bethany Geraghty, Lilian Klein*, Roger Lipson*, Jamie Parton, Margherita Peluso and Michael Russinik make up the rest of the players.

The costumes by Cheryl McCarron were simple but well done, as was the film design by Dedalus VII.

I love what the New Light Project is about where they place writers at the center of the process of developing new works and reinterpreting classic stories. I look forward to watching this company grow.

Suzanna BowlingJune 23, 2022
Read More
Scroll for more
Tap
A Dream of Red Pavilions Should Be Re-titled the Downfall of Red Pavilions
GIRL BE HEARD Brings Eating Disorders and Body Image to the Stage