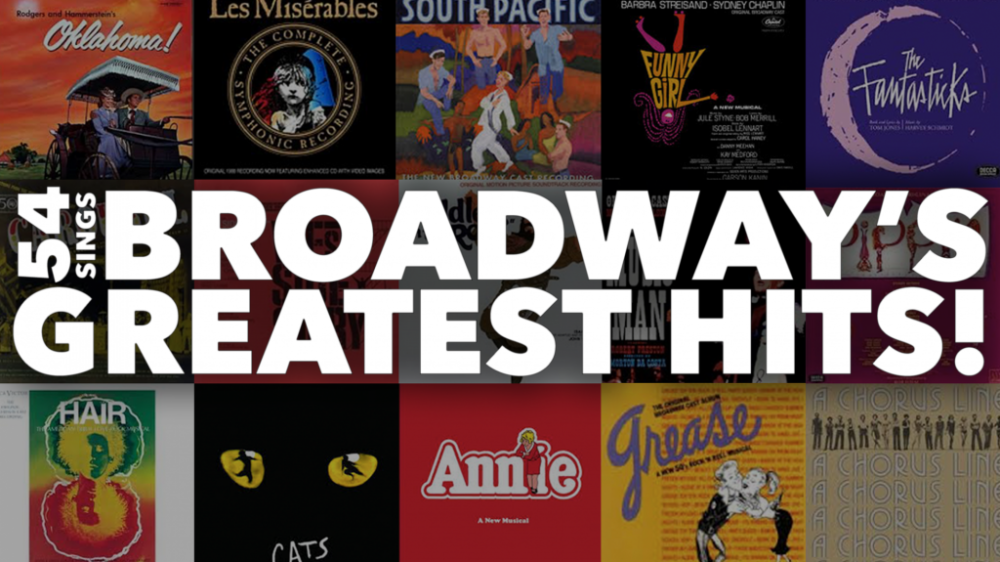 Scott Siegel is New York’s leading impresario of the Broadway musical revue.  He is the creator of Town Hall’s critically acclaimed Broadway by the Yearseries now in its 40thedition. In this ongoing series of musical evenings entitled 54 Sings Broadway’s Greatest Hits, which he has created for 54 Below, Mr. Siegel brings a similar format to this warm and wonderful cabaret room.  Audiences here can have much more intimate access to some of Broadways most talented singers and favorite songs than they can get at the rather cavernous Town Hall.

In the Broadway world, even the average performer is expected to be an above average treat to watch. Even so, the truly exceptional talents stand out from the crowd.  In this demanding musical evening, featuring nine fine singers with a wide range of experience, there were only the good, the very good, and the great. That made for a terrific time, no matter how you measure it.

A cut above for me were operatic tenor John Easterlin with his soaring rendition of “Without a Song” (Great Day), as well as a dusty classic from German operetta, “You Are My Heart’s Desire” by Franz Lehar (Land of Smiles). Cooper Grodin, who played the Phantomin the National Tour, gave a hauntingly beautiful, nearly unplugged rendition of “Music of the Night,” which Mr. Siegel pointed out was the song as it should be heard, intimate and unadorned.

But I have saved my highest praise for two performers who really set the bar for what it means in my mind to be a real Broadway star.

Jillian Louis was last seen on Broadway in the relatively short lived It Should Been You, and is often seen lending her talents to developing musicals around town. I also loved her work in the 2017 NYMF presentation of Georama. Whereas most of the other young performers in this evening seemed to equate power with pushing, Ms. Louis was powerful like a magnet, drawing her audience inescapably towards her with her soaring soprano and tremendous personal appeal. She evoked the charm and style of young Eydie Gorme in her vibrant rendition of “I’ve Got to be Me” (Golden Rainbow), then followed that with a deeply felt and beautifully acted presentation of “Maybe This Time,” a Kander and Ebb favorite written for Kaye Ballard’s night club act, appropriated by Liza Minelli for her own show, and eventually incorporated into the movie and subsequent stage productions of Cabaret.

Last but by no means least was William Michals, who is arguably Broadway’s greatest baritone. I didn’t get to see him as Emile in South Pacific, but I sure wish I had. Once upon a time, all Broadway shows had manly baritone leading men with big ballads tailored for this kind of singer. If your ears are starting to hurt like mine from the profusion of screaming, whining, twenty-something, high tenors playing pained adolescents in contemporary musicals, and you long to hear a mature voice in a song that could win the love of a grown-up woman, Mr. Michals’ thrilling, robust, romantic style will send chills through you, just as it did me. After his lilting, passionate delivery of “If Ever I Would Leave You” (Camelot), the 54 Below audience erupted into waves of  well deserved“bravos”. If you missed him this time, don’t miss him the next time you get a chance to hear him perform.

Mr. Siegel did a fine job setting up each song with clever anecdotal introductions. My favorite was his description of the sixty-year old “If Ever I Would Leave You” as a song that “has lasted longer than all of Alan Jay Lerner’s marriages combined”. I also enjoyed his quip that Jeckyl and Hydeis a show proving that “not every girl lives happily ever by marrying a doctor!”

The very fine piano accompaniment for the evening was by Musical Director, Ross Patterson.

If I had any disappointment, it was in the range of material, not all of which qualified for me as the “greatest hits” of Broadway. I could have lived without any song from German operetta, especially if the melody has not survived on its merit. I don’t care if Titanicwon a Tony. It’s still a mediocre show about a boat, not the people on it.  “Barrett’s Song” is indeed the best number from Titanic; but it is utterly lacking in the personalization that makes a memorable Broadway number and always leaves me cold.

The show also could have used a little humor in the songs, in addition to Mr. Siegel’s introductions. Mr. Michals and Mr. Grodin were paired for the soppy ballad, “Lily’s Eyes, ” arguably the best song from yet another show I consider to be a yawning mediocrity, The Secret Garden. As my date pointed out, it would have been a lot more fun to hear them sing “Agony” fromInto the Woods.

However, from performing talents this strong, we, the audience, will happily take whatever we can get. So I already look forward to the next installment of 54 Sings Broadway’s Greatest Hits.