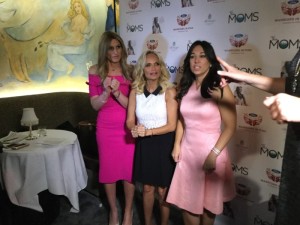 “The MOMS” Denise Albert and Melissa Musen Gerstein along with award-winning actress and singer Kristin Chenoweth hosted a MAMARAZZI® event at the Carlyle Hotel. The event was sponsored by breast cancer support initiative Warriors in Pink and powered by Ford. Denise, is currently undergoing treatment for breast cancer. 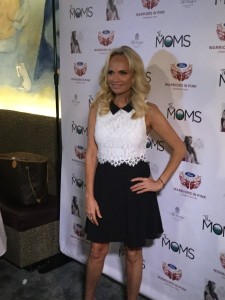 Facts About Breast Cancer In The United States:

One in eight women in the United States will be diagnosed with breast cancer in her lifetime.

Breast cancer is the most commonly diagnosed cancer in women.

Breast cancer is the second leading cause of cancer death among women.

Each year it is estimated that over 246,660 women in the United States will be diagnosed with breast cancer and more than 40,000 will die.

Over 2.8 million breast cancer survivors are alive in the United States today.

T2C is doing a series of articles this is the second in the series. Here is the first. 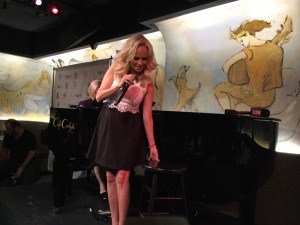 Through the Warriors in Pink program, Ford is committed to helping those touched by breast cancer and has dedicated $130M to research, education and support services. Warriors in Pink (#WarriorsInPinkMOMS) also empowers people to take real action to help those battling the disease through the More Good Days initiative (#MoreGoodDays), which launched in 2015 to help lessen the burden on those living with breast cancer and bring them what they ultimately deserve – more good days.