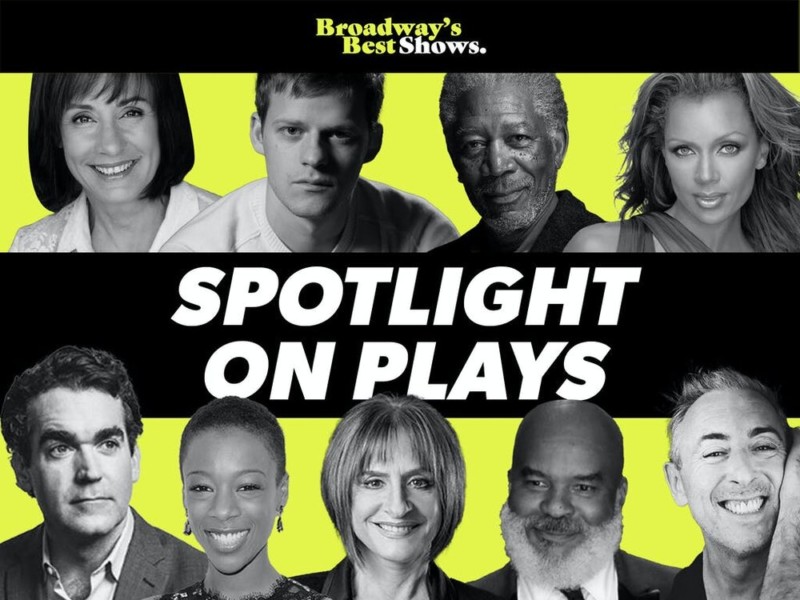 Together with Broadway for Biden, Broadway’s podcast, The Fabulous Invalid (Jamie DuMont, Rob Russo, Jennifer Simard), Eric Ulloa’s podcast, Do You Hear the People Sing? A Theater Person’s Guide to Saving Democracy, and the Broadway Podcast Network, are excited to announce a very special virtual Broadway For Biden Pep Rally, to be held Wednesday, October 14 at 8:00 PM ET, only at http://bpn.fm/peprally.

“The lights of Broadway may be dark due to this administration’s failure to control COVID-19, but the passion and activism of the Broadway community shines bright, as we fight for the leadership and change that arrives with a Biden-Harris Administration,” said Host Eric Ulloa. “To kick off the last few weeks before the election, we give you a Broadway Pep Rally to cheer on the future we can’t wait to see arrive when Joe and Kamala take center stage.”

The Broadway for Biden Pep Rally is a rev-up to the final weeks before the November election and is organized to cheer supporters into the last moments of campaign work that will put our best foot forward, ready people with a voting plan, and create ideas for getting as many voters to the polls as possible. The pep rally will also include personal reasons and policy proposals that make the Broadway community all in for Biden.

Broadway for Biden is an inclusive online community dedicated to bringing together professional theater makers and theater lovers around the country to raise awareness on key issues in the 2020 presidential election, increase voter turnout, and raise funds to elect Joe Biden and Kamala Harris to the White House this November. The grassroots volunteer organization has a robust online presence and is activating the national theater community and the fans who love it by hosting one-of-a-kind events, disseminating information, and amplifying the stories of individuals within the theater world’s diverse community to build connections and humanize the issues at stake in this year’s election.

Broadway for Biden’s top priority is electing the Biden-Harris ticket this November, and it takes inspiration from the campaign’s motto, “Build back better,” in every action. Since its first event held this summer, the organization has united a staff comprised of more than 50 volunteers from all facets of the theater industry, working collaboratively in a collective vision for a better future for Broadway and America. To learn more, get involved, or to make a donation, visit BroadwayforBiden.com, and connect on Instagram, Facebook, Twitter, and TikTok: @broadway4biden.

A Benefit for The Actors Fund. All performances at 8pm.

TheaterWorksUSA (Barbara Pasternack, Artistic Director; Michael Harrington, Executive Director) has mounted a fully staged, socially distanced live production of their hit, Lortel nominated Off-Broadway musical, We The People: America Rocks! Filmed live (without an audience) on the Paper Mill Playhouse stage on October 4, and produced in association with Paper Mill Playhouse, the capture will be streamed to families across the country prior to Election Day and made available to schools and theaters through the academic year.  The recording will premiere on Stars in the House at 8pm ET on October 24.

Rock out with America’s original “boy band” — The Founding Fathers! Join George Washington, John Adams, Thomas Jefferson and Benjamin Franklin as they trade in their powdered wigs for power chords to help an ambitious teen. On a quest to win her school election, Dawn cares more about padding her college applications than making her school a better place. With the help of these Fab Four, she discovers that “We the People” have the power to raise a patriotic ruckus and make a difference!