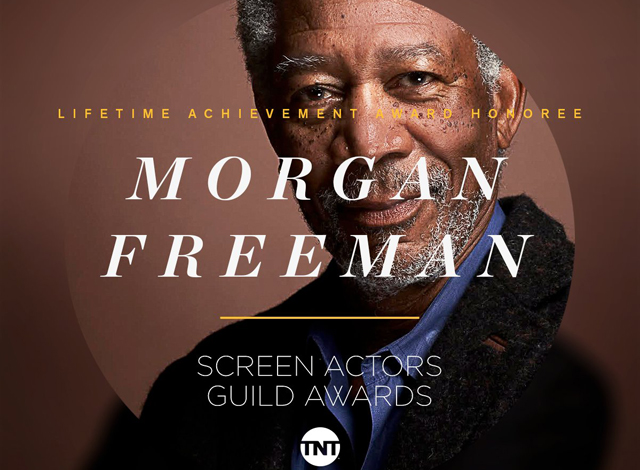 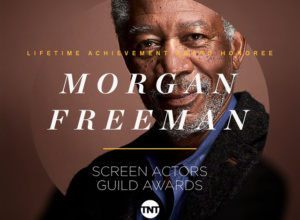 On January 21 at the Shrine Auditorium in Los Angeles, Morgan Freeman will join the ranks of Lily Tomlin, Carol Burnett, Debbie Reynolds, Dick Van Dyke, Mary Tyler Moore and many others as he is named the 54th recipient of the SAG Life Achievement award for career achievement and humanitarian accomplishment. 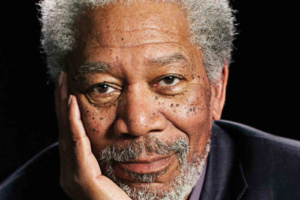 With nearly 100 feature film credits which included: “The Dark Knight,” “The Bucket List,” “Glory,” “Lean on Me,” “Se7en,” “Amistad,” “Ben-Hur,” Freeman has already accomplished a great deal. Freeman’s upcoming films include “Villa Capri” and Disney’s “The Nutcracker and the Four Realms.”

Freeman broke out in 1971 when he starred in the Children’s Television Workshop show “The Electric Company.” He is an executive producer on “Madam Secretary” for CBS and he hosts and is an executive producer for the Revelations series “Through the Wormhole with Morgan Freeman,” which recently completed its seventh season for the Science Channel. Freeman also hosted the series “The Story of God with Morgan Freeman” on the National Geographic Channel and will next host “The Story of Us with Morgan Freeman,” which premieres Oct. 11 on the National Geographic Channel.

Freeman’s voice is also one of the most popular among documentarians with work on “The C Word,” “We the People,” “Island of Lemurs: Madagascar,” and Science Channel’s “Stem Cell Universe with Stephen Hawking.” He narrated the ESPN 30 For 30 documentary “The 16th Man,” which won a Peabody Award, and two Academy Award-winning documentaries, “The Long Way Home” and “The March of the Penguins.”

Freeman voiced spots in the presidential campaigns for Barack Obama and Hillary Clinton.

In 1973, Freeman co-founded the Frank Silvera Writers’ Workshop, which supports and nurtures promising African-American playwrights, and supports Artists for a New South Africa and the Campaign for Female Education. He also co-owns the Ground Zero Blues Club in Clarksdale, Miss.

Freeman is definitely deserving of this award.