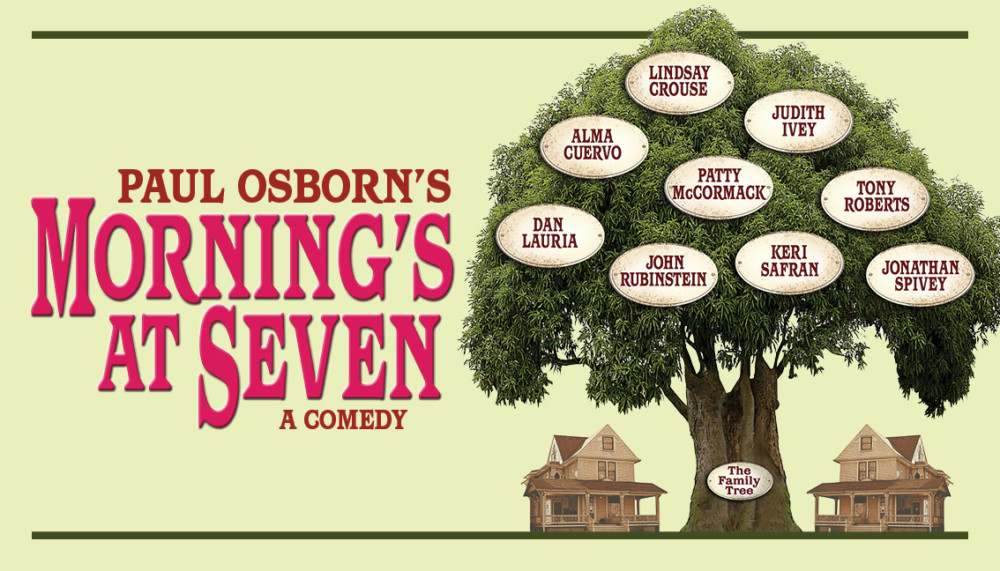 Since its premiere, Broadway has seen two stellar revivals of Morning’s At Seven. A 1980 production with Nancy Marchand, Maureen O’Sullivan, Elizabeth Wilson and Teressa Wright won the Tony Award for Reproduction of a Play or Musical. Another Tony-nominated Broadway production, presented by Lincoln Center Theatre and directed by Daniel Sullivan in 2002, featured Elizabeth Franz, Julie Hagerty, Buck Henry, Piper Laurie, Christopher Lloyd, Estelle Parsons and Frances Sternhagen.Throughout its history, Morning’s At Seven has been showered with critical praise. Among the countless raves for the play, Ben Brantley of The New York Timeshailed “Morning’s At Seven surprises Manhattan theatergoers every time it comes around. It’s rare that a Broadway comedy seduces by stealth. The discreet miracle of Mr. Osborn’s writing is in the shadows he weaves into the sunniest exchanges.” In his Variety review, Charles Isherwood wrote “the play’s pleasures are durable ones, and it affords a cast of veterans a chance to display their gifts. Osborn’s writing is infused with clear-sighted but sympathetic wisdom.