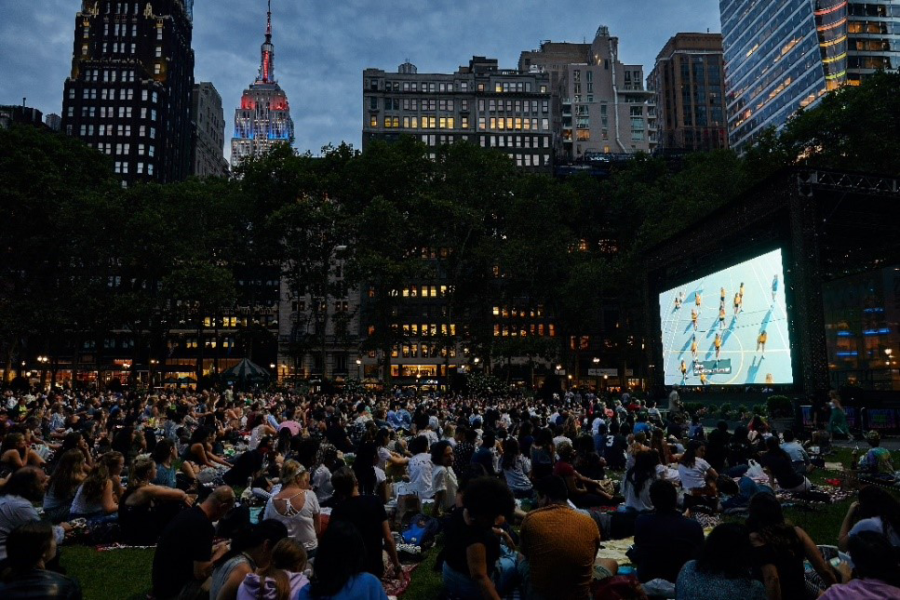 These events will include special surprise guest appearances and be part of a first of its kind Bryant Park “Broadway to Film” series. The series will be the conclusion to the successful return of this iconic outdoor movie series in Bryant Park.

This event is free to the public. As New York State and City safety guidelines for public gatherings quickly change in response to the ongoing success of NYC’s COVID-19 vaccination program, Bryant Park continues to reassess its on-site protocols for upcoming shows with the intention of safely accommodating as many attendees as possible. For the most current guidelines, program updates, and additional venue information and restrictions, please visit bryantpark.org.

Bryant Park is situated behind the New York Public Library in Midtown Manhattan, between 40th and 42nd Streets & Fifth and Sixth Avenues. Take the B, D, F, or M train to 42nd Street/Bryant Park; or take the 7 train to 5th Avenue.

In addition to Verizon, season partners include Paramount+ and Dunkin’. The Movie Nights film lineup was curated in collaboration with media partner Vulture.

Bryant Park Corporation (BPC) is a not-for-profit, private management company founded in 1980 to renovate and operate Bryant Park in New York City. It was established by Daniel A. Biederman and Andrew Heiskell, with support from the Rockefeller Brothers Fund. BPC was formed to restore historic Bryant Park, which had suffered a severe decline in conditions in the 1970s. A 15-year agreement was signed in 1988, entrusting management and improvements to BPC. The park reopened in 1992 after four years of renovation with a budget six times the level under prior city management. It is the largest effort in the nation to apply private management backed by private funding to a public park, and it has been a success with public, press, and nearby institutions. BPC shares its management team with the 34th Street Partnership. The two companies share a management philosophy.

Suzanna BowlingSeptember 15, 2021
Read More
Scroll for more
Tap
The Glorious Corner
Tracking Number: Concept & How to Use It