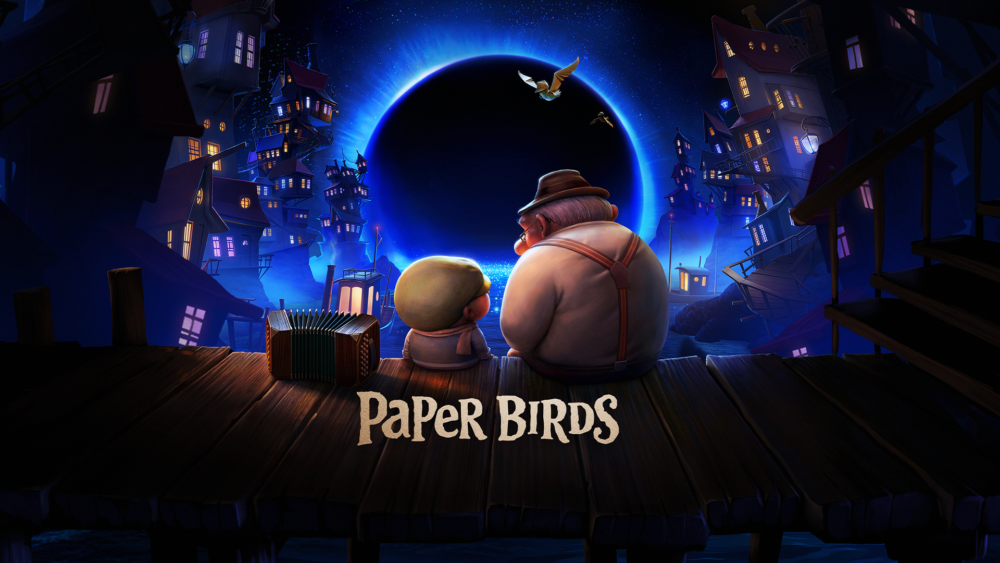 Tribeca Festival’s Immersive experience has been a huge hit this year. One project in particular stands out as a must see.

“PAPER BIRDS PT. 1 & PT. 2” tells the story of Toto (Archie Yates), a short -sighted child with an exceptional talent for music. With guidance from his grandparents Robert (Edward Norton), a highly respected musician devoted to his music above all else, and Elsa (Joss Stone), who set aside her dreams of being an artist to care for her family, Toto must find his way through the world of darkness to bring back his sister, taken away by mysterious shadows. He’ll use the depth of music to open portals to the invisible world. And when he confronts the shadows, they’ll reveal their deeper purpose. The films are the latest virtual reality immersive experience from acclaimed, award-winning animation companies 3DAR (“Earth”) and Baobab Studios (“Baba Yaga,” “Crow: The Legend”).

The animated short will also be available exclusively on Oculus July 8, 2021.

Tribeca Festival has been packed full of fantastic programming including outdoor immersive installations across the city, compelling Tribeca Talks, special appearances by rock legends and A-list stars, and borough-to-borough mobile screenings. See some of the notable highlights below:

Throughout the city, outdoor in-person immersive installations were located at various locations, and were open and free to the public. Among today’s installation debuts are Breonna’s Garden, a poignant AR immersive audio ode to Breonna Taylor. Held at WarnerMedia Innovation Lab, the immersive was created in collaboration with her sister, Ju’Niyah Palmer, to honor Bronna’s life while cultivating a safe space online to process complex emotions such as grief. The installation is part of Tribeca’s Juneteenth programming.

Also part of the physical AR experience was the Un(re)solved installation at the Netherlands Monument in Battery Park. Creator Tamara Shogaolu provided an experience using augmented reality to bring civil rights era murders, often racist killings, out of the shadows of the past. Un(re)solved has an accompanying WebGL immersive 3D experience for at-home audiences that is available on the Tribeca Festival website.

Created by interdisciplinary artist Annie Saunders and her collaborators, CURRENT is an immersive soundwalk set in Lower Manhattan, conceived to invite both locals and visitors back to our public spaces.