Mrs. Doubtfire Just As Wonderful The Second Time Around 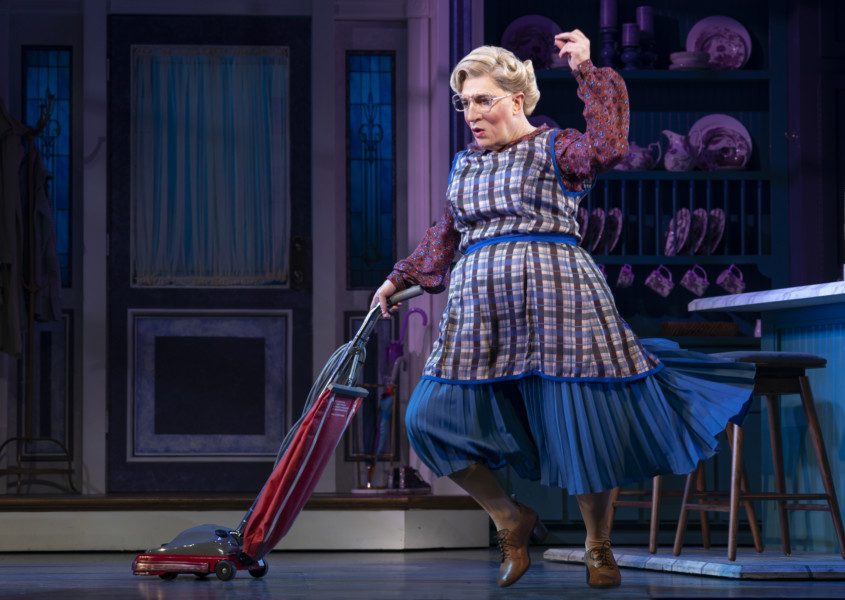 Mrs. Doubtfire Just As Wonderful The Second Time Around

This show is hysterical, full of heart and soul, has a terrific message, tuneful songs, fabulous choreography by Lorin Latarro and entertains. Don’t expect to have political agendas crammed down your throat. Here, family and love rule, you know those American values that use to bring pride. The message is about putting your kids first not your anger or your own feelings. This show is really is about how parents put their kids in the middle and how kids doubt and loath themselves during a divorce. 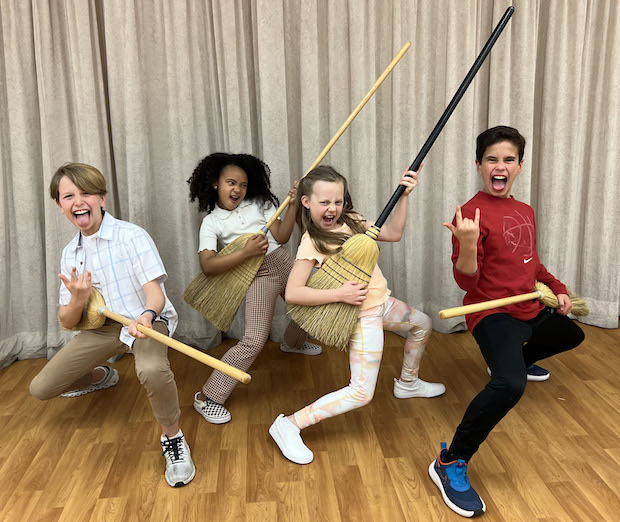 There are many talented elements to this piece. Rob McClure as Daniel Hillard, is a Peter Pan of a man who has driven his wife Miranda (Jenn Gambatese), to divorce. He adores his three kids; Christopher (Titus Landegger at my performance), Lydia (Analise Scarpaci) and Natalie (Austin Elle Fisher at my performance). When a judge only gives him one day a week visitation, Daniel becomes desperate and creates a nanny named Mrs. Doubtfire. In the end he of course he is caught, but has learned more than he wanted to, as has his wife and kids. Though the family is a new entity, it is still a family.

Anyone who has seen the movie will know the plot.

McClure is a true triple threat as he showed in Chaplin. His physical comedy, energy, vocal mimics, along with his subtle asides, makes this a show that will show kids parents do care and want the best for you. His quick changes are remarkable. Kudos to Costume Designer Catherine Zuber; Hair & Wig Designer David Brian Brown; and Make-up & Prosthetics Designer Tommy Kurzman this was really well done. Thank-you for letting us in on the magic.

In comedic roles that are small, but big enough Peter Bartlett will have you in the aisles as Mr. Jolly, an aging TV kids’ show host. Brad Oscar as Daniel’s gay brother always delights, as does J. Harrison Ghee as his partner in life with vocals that amaze. As for the women; Jodi Kimura as a stone cold TV exec has her moments as does Charity Angél Dawson, a social worker who goes by the books. Her “Playing With Fire,” knocks it out of the park.

Other clever roles are Alena Waters as a Flamenco Singer in “He Lied To Me”, Casey Gavin (The hottest understudy on Broadway) as Stuart Dunmire in “Big Fat No”. Jenn Gambatese, makes us understand Miranda and Analise Scarpaci, as Lydia is a find. Her sining and acting are superb.

Mrs. Doubtfirel is charming and wins over the audiences as I witnessed while leaving the theater and in the bathroom. I heard several times ,”I wasn’t going to attend, but I am so glad I did. This show is fabulous and much better than I thought.”

There is finally a family friendly show back on Broadway and hopefully it is here to stay.

My original review was done 12/9/21 and my opinion has one;y gotten deeper.