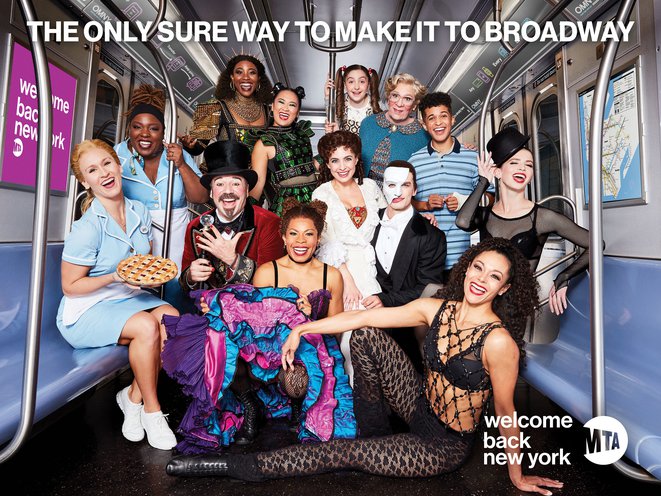 The MTA announced this afternoon that they recreated the classic 1977 ad stating that the subway was “the only sure way to make it to Broadway.” Broadway stars, Eartha Kitt, Carol Channing, Martin Balsam, and characters from Grease, Beatlemania, The Wiz and Annie were all highlighted.

The new campaign, has the same slogan and features Moulin Rouge! Tony winner Danny Burstein and co-star Bahiyah Hibah, Six stars Adrianna Hicks and Andrea Macasaet, and Dear Evan Hansen‘s Jordan Fisher. There are also cast members from the likes of Waitress, Mrs. Doubtfire, Chicago, and The Phantom Of The Opera.