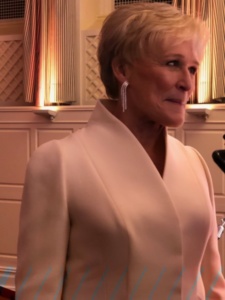 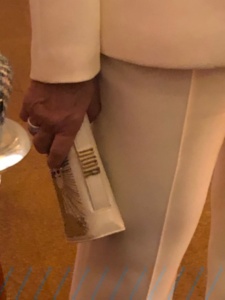 Jim Dale talked hilariously about working with Glennie in Barnum and showed her iconic turn in Sunset Blvd. Michel Douglas sent well wishes and “Fatal Attraction” director Adrian Lyne called Close’s first read for the role of Alex Forrest “one of the bravest, most powerful auditions I have ever seen, and something I will never forget.” 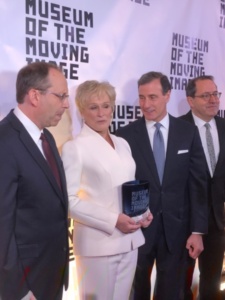 Glenn Close made her feature debut in The World According to Garp, earning her first Oscar nomination. She was subsequently Oscar-nominated for The Big Chill, The Natural, Fatal Attraction, Dangerous Liaisons and Albert Nobbs, for which she was also co-screenwriter, producer and lyricist on the Golden-Globe nominated song, Lay Your Head Down. Ms. Close made her theatre, and Broadway, debut in Harold Prince’s revival of Love for Love. Her theater credits include The Crucifer of Blood, Barnum (Tony nomination) and Tony Awards for her performances in The Real Thing, Death and the Maiden and Sunset Boulevard. Ms. Close headlined the legal thriller Damages for five seasons, winning two consecutive Best Actress Emmys. Her twelve Golden Globe nominations include a Best Actress Award for a television production of The Lion in Winter. Among her twelve Emmy nominations is a Best Actress Award for Serving in Silence: The Margarethe Cammermeyer Story (earning her a Peabody Award as executive producer). Currently, she stars in the Sony Pictures Classics release, The Wife, with Jonathan Pryce and Christian Slater, and is onstage making her Public Theater debut in the New York premiere of Jane Anderson’s Mother of the Maid, as the mother of Joan of Arc. 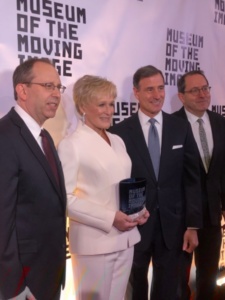 The Salute helps support the Museum’s education and community engagement programs, which serve youth and adults, and children and their families, most of whom are residents of the most ethnically diverse region in the world, Queens. 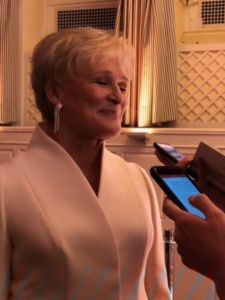 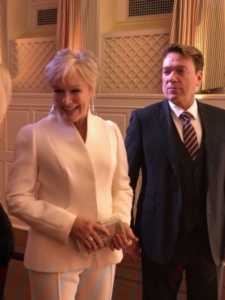