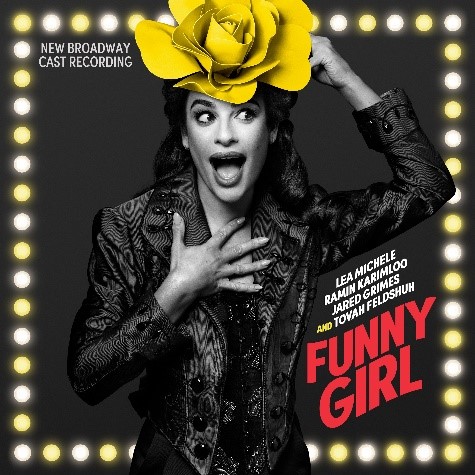 When you have a Lea Michele a singer who can sing the score to Funny Girl, you get a digital release of Funny Girl – New Broadway Cast Recordingnow out. Produced by David Caddick and David Lai and featuring the classic score by Jule Styne (music) and Bob Merrill (lyrics), the physical CD is set for release on Friday, January 20, 2023 and available here for preorder beginning Friday. The album is co-produced by Sonia Friedman, Scott Landis, David Babani, Michael Mayer, Brian Gillet, Huck Walton, Sean Keller and Marc Levine. 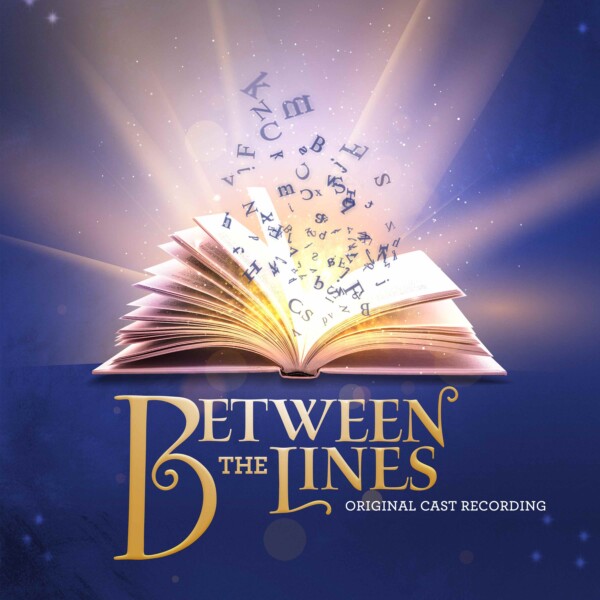 Between the Lines – Original Cast Recording, based on the recent new Off-Broadway production, will be released in streaming and digital formats on Friday, January 13, 2023. The album is currently available for pre-order. Produced by Daryl Roth (Kinky Boots, Indecent) and based on the novel by international bestselling author Jodi Picoult and Samantha van Leer, the show was directed by two-time Tony Award nominee Jeff Calhoun (Newsies) and choreographed by Paul McGill (The Legend of Georgia McBride). Between the Lines features a book by Timothy Allen McDonald (Jim Henson’s Emmet Otter’s Jug-Band Christmas) and music & lyrics by Elyssa Samsel & Kate Anderson (Apple TV+’s “Central Park”), in their New York theatre debuts. The album is produced by Michael Croiter and Greg Anthony Rassen. Pre-save the album at Ghostlight.lnk.to/BetweenTheLines 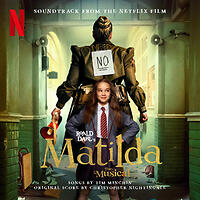 Sony Music Masterworks / Milan Records today released the soundtrack to  Roald Dahl’s Matilda The Musical, Netflix’s new film inspired by the award-winning musical of the same name – listen here. The album features Grammy® and Tony® Award-nominated vocal songs from the original West End production written by Tim Minchin as performed by the film’s cast, as well as 10 instrumental score pieces by composer and orchestrator Christopher Nightingale. With vocals by Academy Award® winner Emma Thompson, Lashana Lynch, Andrea Riseborough and Stephen Graham, as well as newcomer Alisha Weir as Matilda, the album includes some of the original musical’s favorite numbers like “Revolting Children,” “Naughty,” “When I Grow Up” and more, as well as a special, never-before-heard track newly written for the film entitled “Still Holding My Hand” – listen here. 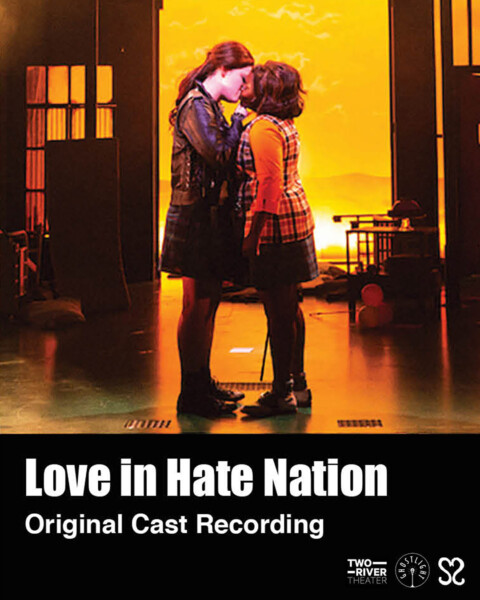 Ghostlight Records and Two River Theater have announced the release of Love in Hate Nation – Original Cast Recording in a special cassette edition, scheduled for Friday, December 2. The cassette edition is now available for pre-order. The album, currently out in digital and streaming formats, features book, music and lyrics by Joe Iconis and direction by John Simpkins. The recording is based on the show’s world premiere production at the Two River Theater in 2019. The label is reuniting with Iconis and Two River after their viral success with the original cast recording of Be More Chill. The show has music direction and vocal arrangements by Annastasia Victory, and music supervision and orchestrations by Charlie Rosen. The album is produced by Joe Iconis, Ian Kagey, and Charlie Rosen, with Michael Hurst/Two River Theater and Kurt Deutsch serving as executive producers. The album is available to stream or download at Ghostlight.lnk.to/LoveInHateNationPR. Pre-0rder the cassette at JoeIconis.lnk.to/LIHNcassette

Love in Hate Nation is a 1960’s-set love story about two women caught between eras of a changing America. Sixteen-year old Susannah Son is carted off to the National Reformatory for Girls (a.k.a. Nation) to get her head put on straight. There she meets the aggressively incorrigible Sheila Nail, and a relationship forms which leads to an all-out “revolution in the institution” as they attempt to break out of the boxes society has created around them. Girl Group Wall of Sound harmonies are filtered through a punk rock spirit in this rebellious and romantic new musical. 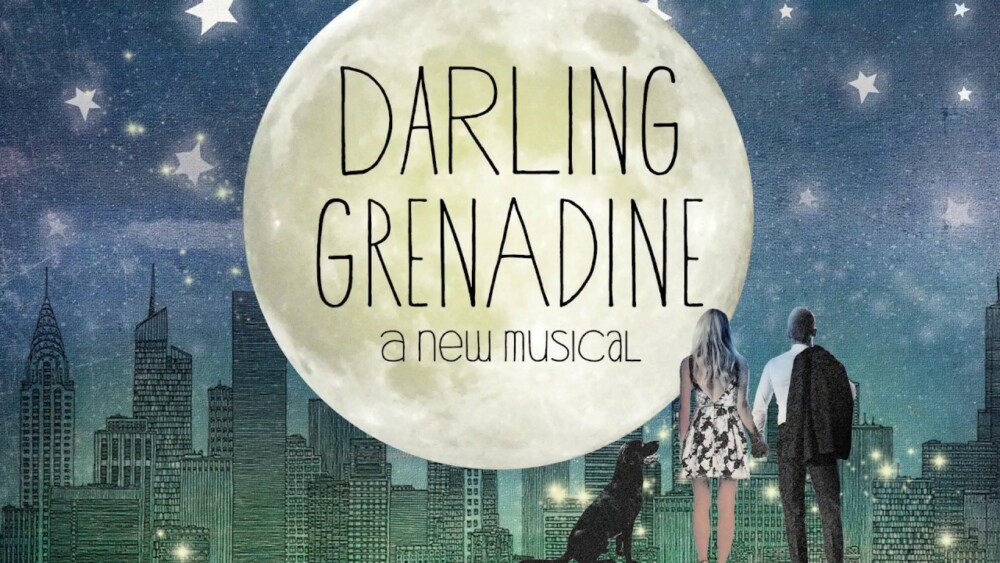 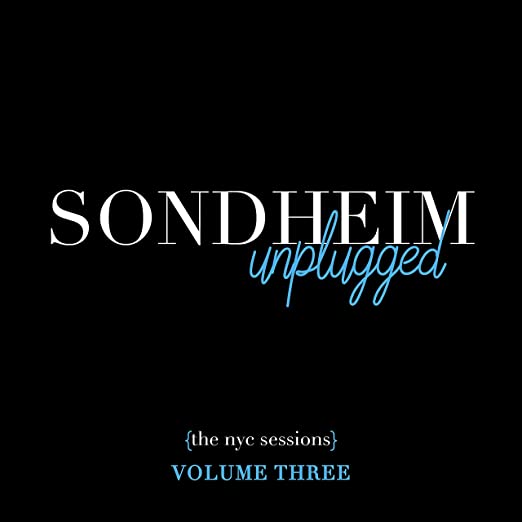 Sondheim Unplugged is the smash New York revue captured here with electrifying performances from some of Broadway’s most impressive vocalists, who collectively boast over 100 Broadway credits to their names. 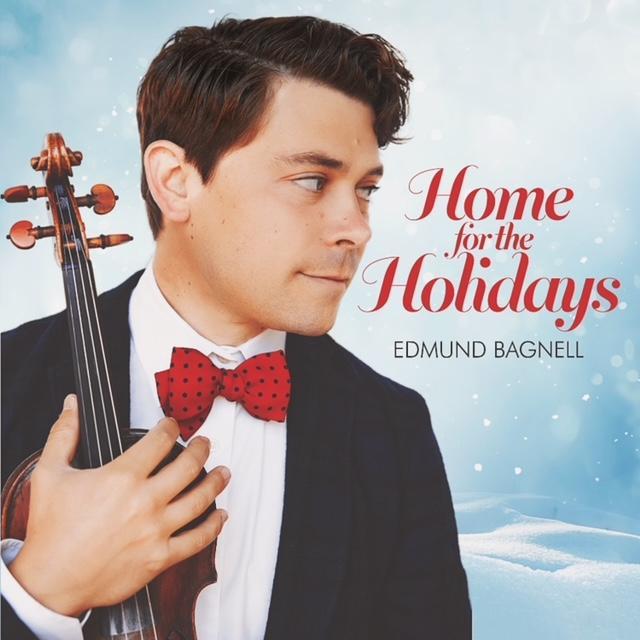 Birdland will present singer and violinist Edmund Bagnell in “Home for the Holidays” on Monday, December 12 at 8:30 PM. The countdown to the holidays is on, and through music and humor Bagnell shares his heartfelt and humorous recipe for a perfectly imperfect holiday season. Edmund will be joined on stage by musical director and pianist Mark Hartman and special guest Lisa Boccuzzi. This evening will help celebrate his new single and music video of the original song “Wrapped Up in Your Love,” scheduled for release on Friday, December 2. For the concert, there is a $30 music charge. Birdland is located at 315 West 44th Street in New York.

Edmund Bagnell is a diverse artist, having performed as an actor, violinist, singer, and 1st violinist and singer in the internationally touring string quartet Well Strung, which released three chart-topping albums in the classical crossover genre and performed live three times on the NBC’s “Today” show. As an actor, Edmund was cast as Tobias Ragg during his senior year at NYU in the 1st National Tour of John Doyle’s staging of Sweeney Todd, which lead to a wide variety of acting roles in New York and across the country. In 2019, to rave reviews he premiered and toured internationally with his solo one man show, He Plays the Violin. In 2020, he released his first solo album, Christmas at Home, which was included on several “Best Of” lists including USA Today. This past summer, Edmund debuted his second solo show, Happy Days Are Here Again, and in the fall released a new EP The Road, which includes the original songs “The Water” and “The Road.” Edmund has an active tour schedule that brings him across the country and internationally. edmund-bagnell.com 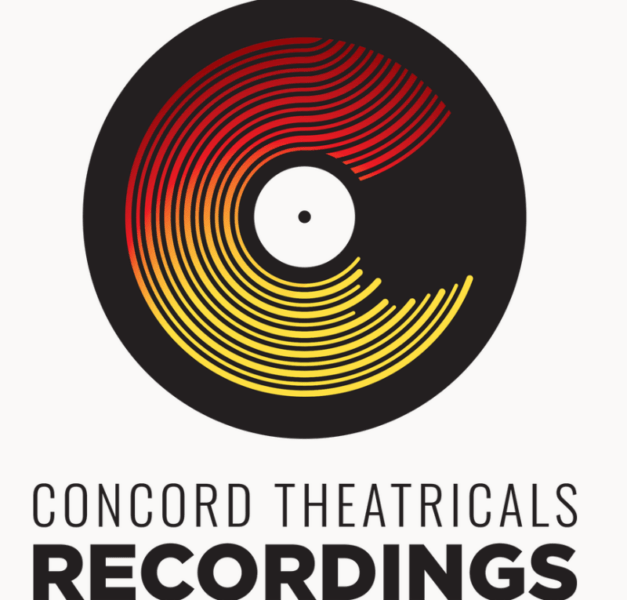 In tandem with launch of the new label, Concord Theatricals Recordings announced the acquisition of the Fynsworth Alley theatrical recorded music catalog from Barbara-Ann O’Connor. Concord Theatricals Recordings will digitally re-release the catalog on streaming platforms worldwide, with the first wave of 24 albums dropping today. The recordings have not previously been available to stream or download.