Music News: Lala, Andrew Lloyd Webber’s Cinderella: The Musical, I Put A Spell On You and If The Fates Allow: A Hadestown Holiday Album, 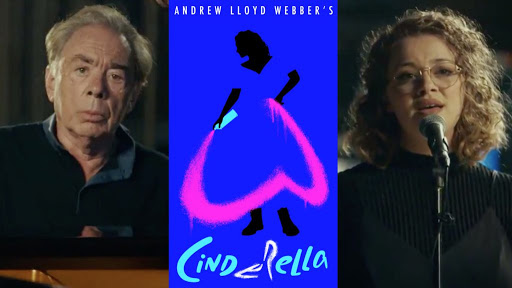 Music News: Lala, Andrew Lloyd Webber’s Cinderella: The Musical, I Put A Spell On You and If The Fates Allow: A Hadestown Holiday Album,

Laurissa Romain aka “Lala” is an Actor, Singer, Songwriter, Model, and Native New Yorker, raised in Hell’s Kitchen and has been working since she was a young child appearing in the entire 3-year run in Lincoln Center’s Tony Award Winning Broadway Revival of Rogers & Hammerstein’s South Pacific as Ngana, Directed by Bartlet Sher, starring Kelli O’Hara and Paulo Szot.

Laurissa just wrapped the Feature Film “Kurt” as Veronica, on Netflix.
She is featured in the upcoming Spike Lee Civil Rights Film, “Son of the South” as Brenda Travis, one of the Freedom Riders, that stars Lucas Till, Lucy Hale, Lex Scott Davis, Brian Dennehy and Cedric the Entertainer. Laurissa Guest Starred in The 2nd Season of the hit Netflix Series, “The Politician” as Susan, starring Ben Platt. Laurissa was Nominated for Best Lead Actress in the Short Film, “You Were Always” at the NICE International Film Festival 2020.

Click here to listen to Lala’s newest single “The One” on Spotify: https://open.spotify.com/album/6JrUVvazLkNgXYHpX5QPGT

Polydor Records/UMe has announced the forthcoming release of Andrew Lloyd Webber’s Cinderella: The Musical (Original London Cast Recording). The album features cast from the highly anticipated new theater production, which was originally meant to have opened in October 2020, along with appearances from some surprise guest vocalists.

Recording for began in March 2020 and continued through lockdown with Andrew recording artists remotely and producing the majority of the score from his home. Once it was feasible, the recording process proceeded via socially distanced studio sessions in London.

The first song from the album is “Bad Cinderella” performed by Carrie Hope Fletcher, who will star as Cinderella in the production which is due to open in London’s West End Spring 2021.

Cinderella will open at the Gillian Lynne Theatre on Wednesday, May 19, 2021, with previews from Friday, April 30, 2021. Ticket holders will be contacted individually to rearrange their plans and further information is available at www.andrewlloydwebberscinderella.com

Broadway Records announced today the release of the digital album of I Put A Spell On You. Expanded from the annual, sold-out concert-meets-party conceived by Jay Armstrong Johnson, the recording features an all-star cast of Broadway stars turned Disney villains, just in time to celebrate Halloween. The album is now available wherever digital music is sold in conjunction with a digital version of the concert now streaming at broadwaycares.org/spell. Proceeds from both the album and the live stream benefit Broadway Cares/Equity Fights AIDS.
To download the album, go to BroadwayRecords.com/spell.

Today, Sing It Again Records and Broadway Records announced the track listing for If The Fates Allow: A Hadestown Holiday Album, which will be released digitally and on CD on Friday, November 20. Pre-orders for the album are now being accepted at www.broadwayrecords.com or on Amazon at https://amzn.to/30OFQza.

If The Fates Allow: A Hadestown Holiday Album offers both solace and celebration as we head into a winter season like no other. Starring Jewelle Blackman, Yvette Gonzalez-Nacer, and Kay Trinidad as The Fates, the album also features guest appearances by the entire cast of the Tony Award® and Grammy Award®-winning musical singing beloved holiday classics, songs composed by Gonzalez-Nacer, Hadestown’s Tony Award-winning songwriter Anaïs Mitchell, and Hadestown music director Liam Robinson, as well as gems waiting to be rediscovered, all in a sound steeped in blues, folk, ragtime, and jazz that has made Mitchell’s groundbreaking musical a phenomenon.

This album is sure to lift your spirits and keep you livin’ it up this holiday season.

The album will feature:

·      “Have Yourself A Merry Little Christmas”