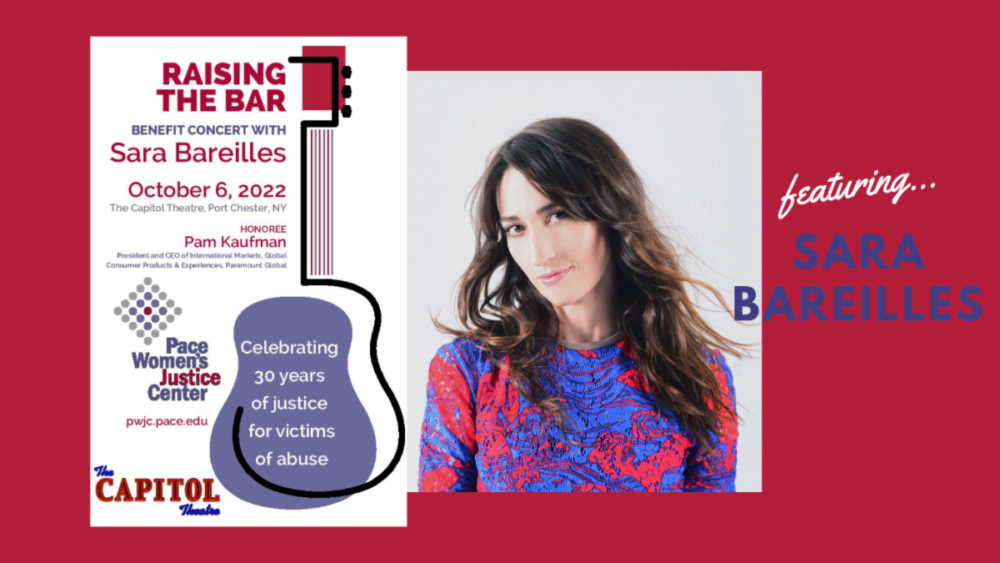 This Thursday, October 6th, Grammy award winning singer-songwriter Sara Bareilles will be performing at the legendary Capitol Theatre in Port Chester, NY. The show is a benefit concert that marks the Pace Women’s Justice Center (PWJC) 30th Year of uplifting and protecting the rights of domestic violence victims.

Bareilles’ self-described “piano based pop soul” and powerful lyrics give voice to the difficult journey from victim to survivor for PWJC’s clients. “It is thrilling to have Sara Bareilles collaborate on our benefit concert to raise awareness for victims of domestic violence,”  states Cindy Kanusher, Executive Director for PWJC. “At a time when the rights of so many are being  challenged it is imperative to continue our work, protecting the rights of women and victims of abuse.”
Pace Women’s Justice Center is a nonprofit legal center located at Pace University. The self-funded center provides legal services to over 3,500 victims and survivors of domestic abuse. PWJC offers services, community partnerships, education, and awareness.
For more information about the benefit concert, and for tickets, visit The Capitol Theatre’s website 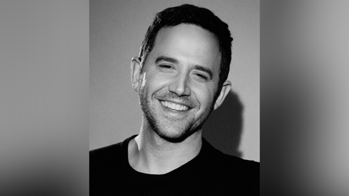 Tony Award®winner Santino Fontana is back in NYC for his first live show celebrating everything from Rodgers and Hammerstein to James Earl Jones to Ryan Gosling. Fontana has cemented himself as one of Broadway’s favorite leading men. Fontana was last seen starring on Broadway in his tour de force dual role in Tootsie for which he received the 2019 Outer Critics Circle, Drama Desk, and Tony Awards.

He is perhaps best known to audiences as the voice of villainous Prince Hans in the Academy Award Winning Disney film Frozen. Television audiences saw him on the most recent season of “The Marvelous Mrs. Maisel” and recognize him from “Crazy Ex-Girlfriend,” “Shades of Blue,” “Mozart In The Jungle,” “Fosse/Verdon,” “Royal Pains,” “Nurse Jackie,” and more.

His other Broadway credits include Hello, Dolly!, Act One, Cinderella, The Importance of Being Earnest (Clarence Derwent Award), Brighton Beach Memoirs (Drama Desk Award), Billy Elliot, and Sunday in the Park with George.  He also received Lortel and Obie Awards for his off-broadway performance in Stephen Kvaram’s Sons of the Prophet. Karen Mason brings back 30… And Counting on November 1 & 2 at 7pm. This encore performance celebrates her thirty-year long artistic collaboration with Music Director Christopher Denny. Mason performed her first concert with Denny on August 5, 1992 and they have continued the working together to this day. A few years later, director Barry Kleinbort was added to the mix, and this triad of talent have been creating brand new arrangements and shows ever since. This evening will highlight some of their favorite arrangements including “Help/Being Alive,” “Watch What Happens/I Will Wait for You,” and “Finding Wonderland,” with many more surprises. Tom Hubbard joins on bass.

Karen Mason was recently seen playing Mrs. Marsh on Ryan Murphy’s “Halston” on Netflix. On tour, she was last seen as Madame Giry in the North American premiere of Love Never Dies (Andrew Lloyd Webber’s epic sequel to The Phantom of the Opera). On Broadway, she starred as The Queen of Hearts in Wonderland and originated the role of Tanya in Mamma Mia! (2002 Drama Desk nomination as Best Actress). Her other leading roles include Norma Desmond in Sunset Boulevard on Broadway and in Los Angeles for three years; Velma von Tussel in the Broadway company of Hairspray; “Monotony” singer and Mazeppa in Jerome Robbins’ Broadway. In regional theater, Karen starred in Chasing Rainbows (Paper Mill Playhouse), A Christmas Story as Miss Shields; White Christmas (St. Louis Muny Opera); Side by Side by Sondheim (Coconut Grove Playhouse in Florida); Gypsy (Sundance Theatre in California); Company(Huntington Theatre in Boston). Off-Broadway, she won the Outer Critics Circle Award for her performance in And The World Goes ‘Round.

She is a 14-time MAC Award winner, and was the recipient of the 2019 MAC Lifetime Achievement Award. She also won 3 Bistro Awards. Her eight recordings include the single “It’s About Time,” written by Paul Rolnick and Shelly Markham; her 2009 MAC Award-winning Right Here/ Right Now, The Sweetest of Nights, When the Sun Comes Out, Christmas! Christmas! Christmas!, Better Days(featuring the 1998 Emmy Award-winning song “Hold Me”); and Not So Simply Broadway. Also, Wonderland (original cast); the film Jeffrey (Varese Sarabande); Wonderful Town (JAY Records); the cast album of And The World Goes ‘Round (RCA Victor). www.karenmason.com 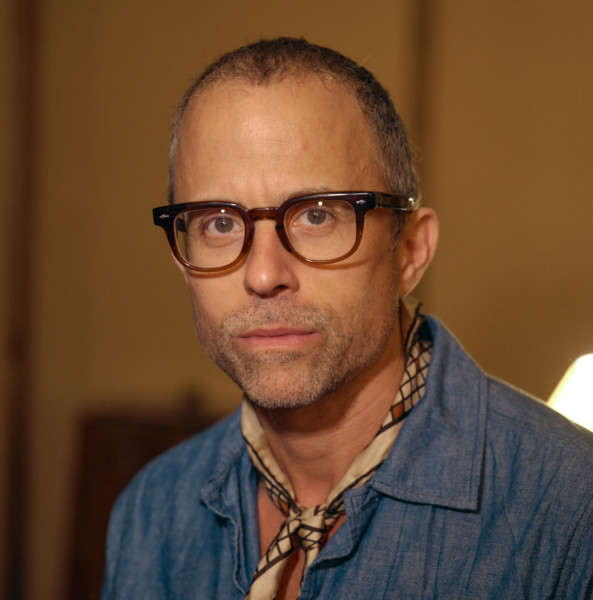 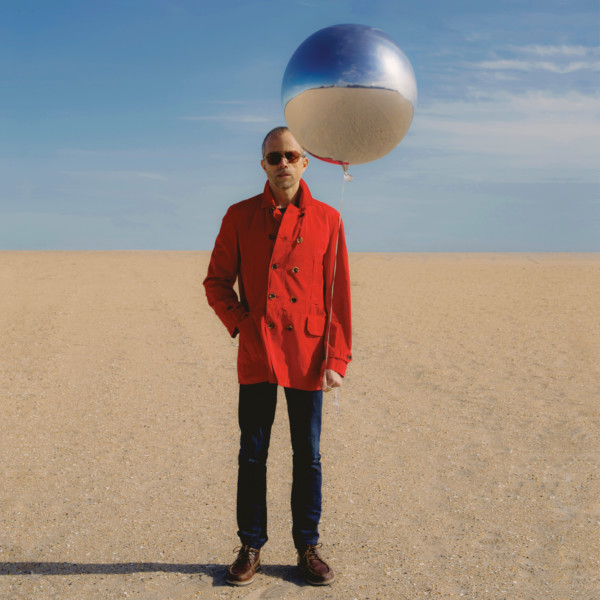 Using Super 8 film, still photography and digital cameras, Harris and his Silver Balloon collaborator Kenny Wollesen shot and edited everything themselves, creating a visual companion to the album that emphasizes its ephemeral and otherworldly collision between man and machine — a retrofuturist fantasia of sight and sound. Harris and Wollesen will do a short Q&A with program director Illyse Singer following the films and perform a few songs from the album.
Recorded over 8 days with collaborator and drummer Kenny Wollesen (Norah Jones, Tom Waits, Bill Frisell) in Harris’s home studio, Silver Balloon uses harmonizers and vintage Turkish synthesizers to create a technologically mediated world of waltzes, folk songs, and experimental new jazz standards.
Utilizing a loose, anything-goes approach, Harris and Wollesen were able to capture serendipitous moments of genius throughout Silver Balloon. Whether it’s a smoky minimal blues (“On This Lonely Night”) or torch songs embossed with pixelated distortion and robotically-processed saxophone (“Hummingbird”), these 10 exquisite songs beckon you to examine their inner workings over and over again, just to figure out what exactly makes them tick.
New single “Yankee” is a drum-machine propelled bossa nova that paints a portrait of a character whose wandering days seem to be coming to an end, though the bubbling percussion and slightly ominous chord changes leave it unclear as to whether it’s a begrudging retirement or an untimely demise. It’s an enticing and writerly sketch, filled with a sci-fi-addled mystery befitting a project that Harris says was written in the midst of a deep Philip K. Dick fascination.
Listen to “Yankee” here.
Related Items54 BelowJesse HarrisKaren MasonMusicNewSantino FontanaSara Bareilles
Cabaret