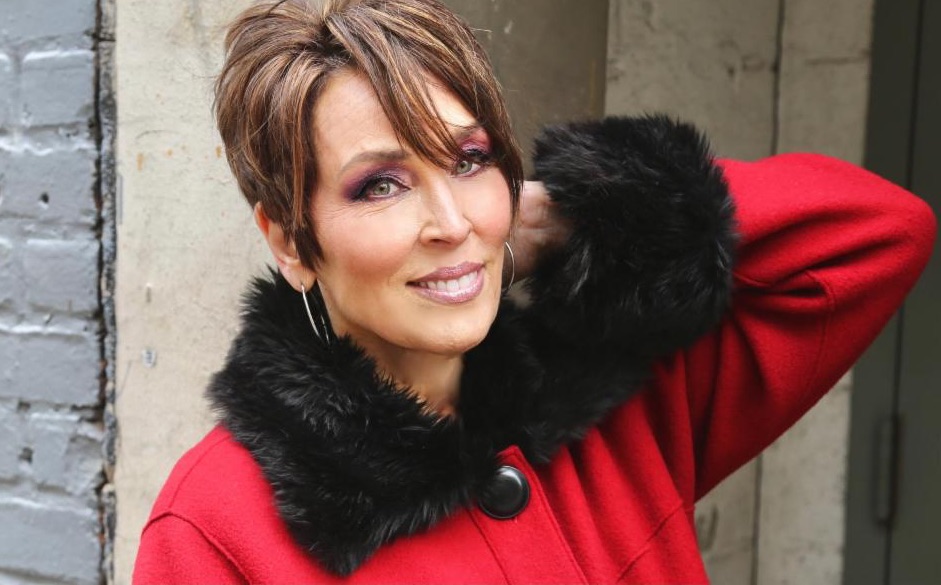 Suzanna Bowling
The Bistro Awards has been recognizing, encouraging, nurturing, and educating cabaret, jazz, and comedy artists for 37 years. Susie Mosher will host the 37th Annual Bistro Awards on May 16. Susie has been performing professionally since age 16, when she appeared in the West Coast premiere of Godspell at The Old Globe Theatre.
Appearances in nightclubs, theatre, television, and movies followed along her “checkered path.” Among her films are Lost Souls, View from the Top, It’s Pat, The Wedding Planner, and Bear City 2. She has been seen on television in Beverly Hills 90210, Snoops, Veronica’s Closet, The L Word, and Nurse Jackie.
Susie finally achieved her childhood dream of being on Broadway when she was cast in Hairspray, playing Prudy Pingleton for the last two years of the show’s amazing six-year run.
Susie hosts her own weekly variety show, The Lineup with Susie Mosher, at the iconic Birdland in New York City, every Tuesday night. Bistro Awards reviewer Penelope Thomas wrote of The LIneup: “Susie Mosher is a hell of a good host…. Honestly, I’d see her no matter who her guests are. Mosher is real showbusiness and ready to roll with anything.”
The complete list of honorees to be announced shortly, along with ticketing information. 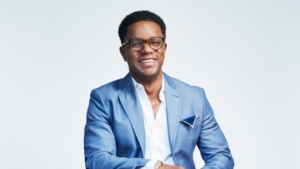 100% of ticket sales will support JFA artists and provide life-changing assistance to hundreds of jazz and blues musicians struggling due to illness, old age, lack of work, natural disaster, and the devastating effects of the pandemic. The series will feature a thrilling range of the leading voices of jazz. Past performers include Brandee Younger, Donald Harrison, Cyrus Chestnut, and Raul Midón. 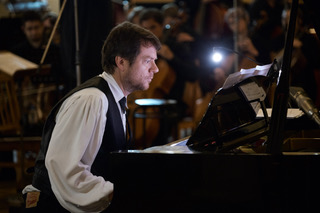 American composer and pianist Calvin Jones never thought he’d find himself in the middle of a war zone but at 5:00 a.m. on Thursday, February 24, 2022, he and his wife Inga, a native from Ukraine, were awoken by loud sirens and bombs going off around Kyiv, Ukraine and close enough to their apartment to have them react immediately. Suspecting the worst, they both frantically put what they could in their car while gathering news that Russia was bombing their country. Both quickly packed the car and started their dangerous and arduous journey to the border where they would find refuge at a friend’s home in Bucharest, Romania. Spending a few days there to collect themselves, they grabbed a replacement digital piano in Bucharest, strapped it to the top of the car and pressed on to Montenegro – all while spending much of their time helping others evacuate and assist those who stayed, including elderly, orphans, caregivers, musicians and others. “The situation is dire. We are desperately trying to get resources to those stuck in Ukraine and help as many people as we can out and to safety,” says Calvin.

Calvin and his wife Inga have been married 8 years. They met when Calvin was touring Ukraine in 2012-2013 and later married in 2014. Calvin has toured the world with some of the world’s most renowned orchestras and has performed for thousands of people over his 30+ year long career. During the harrowing days and arduous journey to escape, Jones remembered a very special moment in 2017 when he recorded a Ukrainian national song, “Shchedryk” (Carol of the Bells), with a 55 piece Russian Orchestra. With the significance of such a collaboration between the two countries, especially now, he realized that the song could mean something beyond anything he could have imagined. It was in St. Petersburg, Russia in July 2017 that Jones was working with the Russian 55-piece Taurida International Symphony Orchestra to record a dozen songs he had composed or arranged, including the Ukrainian song “Shchedryk” (Carol of the Bells), which is now being released.

“The collaboration between the two countries was remarkable. They were a young group and we were together in peace and unity. I am hopeful this song becomes representative of how two very different groups of people can come together through music. Here we have the Russian Orchestra playing a national song of the Ukraine. What could be more moving and powerful at this time? We may not know what our future is but we know music can unite people. I hope this song does just that,” said Jones.

Last week Jones released ‘Shchedryk” (Carol of the Bells) for the very first time and will give 100% of the proceeds to two charitable organizations helping victims of the invasion; Loads of Love and Music Mission Kiev. To download the song click here (calvinjones.com/ukraine). All monies collected from downloads will be distributed directly to the two charities. The song is available for download via Apple Music, Spotify, YouTube Music, Amazon and CalvinJones.com.

In less than one hour, Calvin and Inga stepped out of one life and into another.  They are now taking it day by day, figuring out their next steps.  They are among the millions who have left Ukraine.

Suzanna BowlingJuly 27, 2022
Read More
Scroll for more
Tap
To Steve From Liz Callaway With Love a Masterclass of Memories
Space Dogs: Telling The Story of Dogs in Space in Song