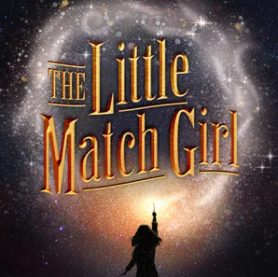 Suzanna Bowling
The iconic tale of The Little Match Girl returns to New York City on its new date – Friday, April 8, 2022 (originally slated for January 22, but postponed due to COVID), in a special concert presentation presented by Oxygen Media and Emma Wang in association with Nava Wang. It will be performed in The Nave at Riverside Church (490 Riverside Drive).  Tickets can be purchased by clicking by HERE.

It’s New Year’s Eve, and the Little Match Girl is forced onto the streets to sell matches to support her family. Cold and alone, her wondrous imagination takes her away from the harsh realities and struggles of her daily life. Armed with match sticks and music, she finds the hope we all need. The Little Match Girl, the iconic story by Hans Christian Anderson, returns to New York City as it comes to life in this brand-new musical concert adaptation with a stunning, contemporary score filled with soaring melodies.

The concert is directed and choreographed by the award-winning Greg Ganakas. Based on the story by Hans Christian Anderson, with book by Oxygen Media Shenzen, China, additional book and lyrics by Jeff Edmond, and music and musical direction by Alastair William King.

“After the year we have all had, this updated concert production of The Little Match Girl offers a glimmer of hope and happiness as we lean into a new year. I am excited for audiences to experience this iconic and moving tale in a new way.” 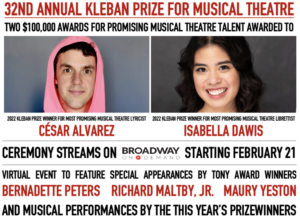 “We are proud to formally welcome these seven outstanding musicians to The New York Pops!” said Executive Director Anne Swanson. “Each of these musicians is a remarkable individual talent. Their addition to our roster of 78 musicians will be a terrific benefit to the artistic excellence of the orchestra, which includes some of the finest musicians in the New York City area.”

Upcoming concerts in The New York Pops’ 2021-22 Carnegie Hall season include: One Night Only: An Evening with Norm Lewis on Friday, March 4, 2022 at 8:00pm; Get Happy: That Nelson Riddle Sound on Wednesday, March 16, 2022 at 8:00pmfeaturing Tony DeSare and Capathia Jenkins; and the orchestra’s 39th Birthday Gala honoring Kristen and Bobby Lopez on Monday, April 25, 2022 at 7:00pm in Stern Auditorium / Perelman Stage at Carnegie Hall.