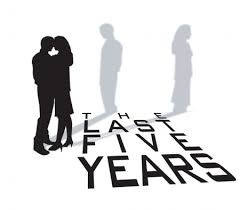 “Believe it or not, the first time I heard Shoshana Bean sing was actually when she auditioned for the original production of The Last Five Years in 2001, and what I wrote down that day is still true: ‘Oh my God, can this girl sing,” says Brown. “Shoshana and I started performing concerts together in 2007 and it has been clear from our very first show that she could make my music soar and dive in ways no other singer can. It was an amazing stroke of luck that Shoshana was available to lead the company of Songs for a New World last summer at City Center, and hearing her bring that score to life only made me ache for more collaborations with her.  And so what better way to celebrate Second Stage’s 40th anniversary than to bring my beloved collaborator to the stage for an informal concert of the show that first brought me to this glorious theater, featuring the full orchestration and my favorite musicians.  I can’t wait for March 4th when I can wrap my fingers around this music again and have the best seat in the house as one of the finest singers in the world brings The Last Five Years to life. It only took 18 years!”

A series of one-night only concerts of musicals produced by Second Stage Theater, Musical MondaysM will take place every Monday night through the month of March, kicking off on March 4th with Jason Robert Brown’s The Last Five Years.  The series will continue on March 11th with Saturday Night by Julius J. Epstein, Philip G. Epstein, and Stephen Sondheim; on March 18th with Peter Duchan, Benj Pasek, and Justin Paul’s Dogfight; and on March 25th with Tom Kitt and Brian Yorkey’s Next to Normal.

Shoshana Bean S(Cathy). Shoshana’s four independent solo releases have topped the iTunes charts in the US and UK in peak positions including #1, and her latest release Spectrum landed her at #1 on the Billboard Jazz Charts. Shoshana has sold out solo concerts around the globe, lent her voice to countless films and television shows, amassed millions of views on YouTube, toured with Postmodern Jukebox, performed alongsideDavid Foster, Ariana Grande, Brian McKnight and sang back up for Michael Jackson for his 30th anniversary concert at Madison Square Garden. She arranged vocals for Jennifer Lopez’s “American Idol” performance of “I Luh Ya Papi,” and her music has been featured in television shows on NBC, MTV, Oxygen, Bravo and Showtime. Bean made her Broadway debut in the original cast of Hairspray and starred as the very first replacement for Elphaba, the green-skinned witch, in Wicked. Most recently, she appeared as Fanny Brice in Funny Girl and as Cee-Cee Bloom in the new musical adaptation of Beaches, for which she earned a Jeff Award Nomination for Best Lead Actress in a Musical.

Jason Robert Brown (Playwright, Director, and Jamie) has been hailed as “one of Broadway’s smartest and most sophisticated songwriters since Stephen Sondheim” (Philadelphia Inquirer), and his “extraordinary, jubilant theater music” (Chicago Tribune) has been heard all over the world, whether in one of the hundreds of productions of his musicals every year or in his own incendiary live performances.  The New York Times refers to Jason as “a leading member of a new generation of composers who embody high hopes for the American musical.” Jason’s score for The Bridges of Madison County a musical adapted with Marsha Norman from the bestselling novel, directed by Bartlett Sher and starring Kelli O’Hara and Steven Pasquale, received two Tony Awards (for Best Score and Orchestrations). Honeymoon in Vegas based on Andrew Bergman’s film, opened on Broadway in 2015 following a triumphant production at Paper Mill Playhouse.  A film version of his epochal Off-Broadway musical The Last Five Years was released in 2015, starring Anna Kendrick and Jeremy Jordan and directed by Richard LaGravenese. His major musicals as composer and lyricist include: 13 (2008), written with Robert Horn and Dan Elish (and directed by the composer for its West End premiere in 2012); The Last Five Years (2002), cited as one of Time magazine’s 10 Best of 2001 and winner of Drama Desk Awards for Best Music and Best Lyrics (and directed by the composer in its record-breaking Off-Broadway run at Second Stage in 2013); Parade (1999) written with Alfred Uhry and directed by Harold Prince, which garnered Jason the Tony Award for Original Score; and Songs for a New World (1995), a theatrical song cycle directed by Daisy Prince, which played Off-Broadway in 1995 and has since been seen in hundreds of productions around the world, including a major revival at New York’s City Center in 2018. His orchestral adaptation of E.B. White’s novel The Trumpet of the Swan (2010) premiered at the Kennedy Center with John Lithgow and the National Symphony Orchestra, and the CD was released on PS Classics.  Future projects include a new chamber musical created with Daisy Prince and Jonathan Marc Sherman called The Connector; an adaptation of Lilian Lee’s Farewell My Concubine, created with Kenneth Lin and Moisés Kaufman; and a collaboration with Billy Crystal, Amanda Green, Lowell Ganz and Babaloo Mandel on a musical of Mr. Saturday Night.  Jason is the winner of the 2002 Kleban Award for Outstanding Lyrics and the 1996 Gilman & Gonzalez-Falla Foundation Award for Musical Theatre.  Jason’s songs, including the cabaret standard “Stars and the Moon,” have been performed and recorded by Ariana Grande, Audra McDonald, Billy Porter, Betty Buckley, Renée Fleming, Jon Hendricks and many others, and his song “Someone To Fall Back On” was featured in the Walden Media film, Bandslam. As a soloist or with his band The Caucasian Rhythm Kings, Jason has performed concerts around the world. His on-going monthly sold-out performances at New York’s SubCulture have featured many of the music and theater world’s most extraordinary performers. His newest collection, How We React and How We Recover, was released in 2018 on Ghostlight Records. His previous solo album, Wearing Someone Else’s Clothes, was named one of Amazon.com’s Best of 2005, and is available from Sh-K-Boom Records. A concert film featuring Anika Noni Rose was broadcast on PBS.  His collaboration with singer Lauren Kennedy, Songs of Jason Robert Brown, is available on PS Classics. For the new musical Prince of Broadway, a celebration of the career of Harold Prince, Jason was the musical supervisor and arranger. Jason spent ten years teaching at the USC School of Dramatic Arts and has also taught at Harvard University, Princeton University and Emerson College. He studied composition at the Eastman School of Music in Rochester, N.Y. and lives with his wife, composer Georgia Stitt, and their daughters in New York City. Jason is a proud member of the Dramatists Guild and the American Federation of Musicians Local 802. Visit him on the web at www.jasonrobertbrown.com.Jason Robert Brown

The world premiere musical SUPERHERO, which is currently in previews, will officially open on February 28, 2019.  Directed by Jason Moore, SUPERHERO features a book by John Logan and music and lyrics by Tom Kitt.  SUPERHERO is sponsored by American Express. Additional support is provided by The National Endowment for the Arts.