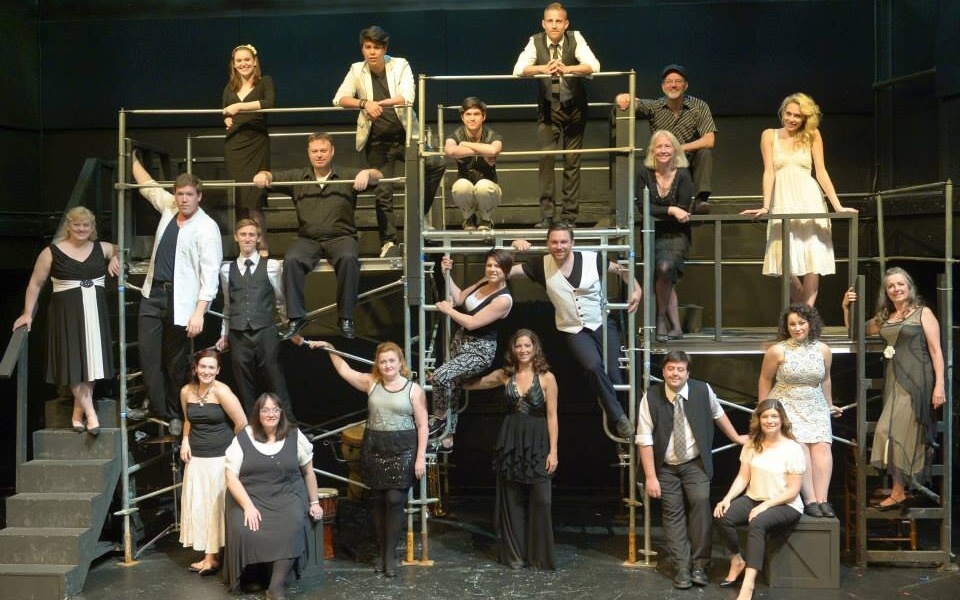 Riding out the COVID19 pandemic at my parents’ house in London, Ontario, I find myself sitting nervously watching and reading about the rising numbers in Canada. This is particularly true in Toronto, the city where I thought I’d be spending half my week building a private psychotherapy practice (that is while maintaining my NYC office, flying back and forth each week). The traveling went out the window pretty fast mid-March, as did meeting clients face-to-face in my therapy offices in those two cities. But one thing I have been able to maintain, thankfully, is my theatre addiction and this theatre blog. The New World, as scary as it is, has opened up so many surprising windows that I never knew about, even as other doors were closing and going dark. Streaming and watching theatre online has become the new norm. Luckily, I found my way through it all, gloriously seeing many shows that I have loved in the past, like She Loves Me and Sunday in the Park with George, and/or discovered sadly missed productions, such as National Theatre’s Amadeus and Stratford’s Macbeth. In a total ‘silver lining’ modality, had it not been for this terrible pandemic (today’s numbers: one million people have died world-wide, and 700 new cases in Ontario yesterday, a new daily record sadly), there are a number of theatre companies that I never would have even known about, like the one I discovered this morning. That New World order is giving me a little shiver of joy to hold up against the dark ominous skies hanging above, and breath a sigh of relief.

Lo and behold in today’s local newspaper, an article in the arts section sparked a twang of theatrical discovery in my soul. The piece reported that Musical Theatre Productions of London, Ontario (I call it ‘the other London’) is streaming online Jason Robert Brown’s iconic musical, Songs for a New World, a 2014 MTP hit filmed live onstage at the local Grand Theatre, for a fundraising event this very Wednesday night, Sept 30th at 8pm EST. I know nothing of the company nor the musical, but the excitement and discovery is real and thrilling. The online event has been scheduled to raise money for the struggling company, and it is only $10 Canadian per device, so basically a theatrical bargain any way you look at it. And from the look and sound of it, it might just be one of those silver lining discoveries that bring musical joy inside these troubling times, and I can’t wait to voyage out into this New World and discover the Songs that were written for it.

MTP‘s production of Songs for a New World was written and composed by Brown and co-directed at the Grandby Angela Southern and Nicole Newell. The show is an abstract musical construction consisting of a series of songs written in a variety of musical genres. It weaves itself thoughtfully around the internalized theme of decision-making, and ultimate survival. It was the first musical written by Brown (Parade, The Last Five Years, Bridges of Madison County) to debut on the New York stage almost 25 years ago, and it has been described as a “moving collection of powerful songs examining life, love and the choices” that we make as we travel down the difficult roads set before us. Opening off-Broadway at the WPA Theatre in 1995, the show has since become a favorite for colleges and local theatres to produce, despite its very vocally demanding score, which includes the song “Stars and the Moon“, a cabaret standard (click on the title link to hear the magnificent Audra McDonald singing it at The Smith Center), and possibly Brown’s best-known composition to date.

This week and moment in our lives is definitely a time we could use some brilliant uplifting Songs for a New World that will hopefully connect us all together in each and every decision made going forward. It’s a world filled to the brim with many challenges and crossroads ahead, and this show, with a cast of twenty, will musically take us down those various pathways with grace and courage, enveloped in pop, gospel, and jazz overtones, with several songs dynamically merging genres with power and passion. Guiding us through these twists and turns vocally in song, the cast also coaxes us along showcasing their musical skills at each intersection by playing an assortment of instruments ranging from drums, percussion, djember, to trumpet, clarinet, piano, violin, and melodica.

“It’s a cycle of songs that are all written with a similar idea in mind. The idea of one moment in your life and the road not taken,” explains co-director Southern to the London Free Press, “and they all deal with different relationships in different time periods...”

It sounds most deliciously like the curvy dangerous roads ahead for our world, one that parallels our journey as we try with an open mind and heart to ride out a second wave without losing our sense of self and our optimism. “Right now, the theatre community and MTP in particular are struggling to survive,” says Joe Recchia, the company’s past-president and publicity director, “with no sign of when we will be able to return or gather in person again.” And with all the standard fundraising avenues unavailable to theatre companies worldwide, online events like this one have become the only lifeline to raising money, awareness, and engaging with the community that counted on them before this all went so dark. Tickets to view the 8pm show are available on the company’s website: mtplondon.ca and I must say that I am excited to tune in and discover a new theatre company, one that was sitting in my hometown backyard all along, one that I might never have discovered if I hadn’t found myself in this particular situation. Just one more reason to feel a little bit fortunate, in a strange new world that on one hand, feels like it is crashing down all around us, and on the other, we find discovery.

Musical Theatre Productions is a not-for-profit organization and, like so many arts organizations across the world right now, that have had to close their doors to rehearsals and performances and the things we all love that they do to bring the community together. They, and many other companies across the globe rely on the funds raised from events like these in order to continue their mission to nourish local talent and inspire a passion for musical theatre. We all eagerly await their return, but until then please support their new online events and consider making a donation to support MTP. http://mtplondon.ca/musicals

SONGS FOR A NEW WORLD