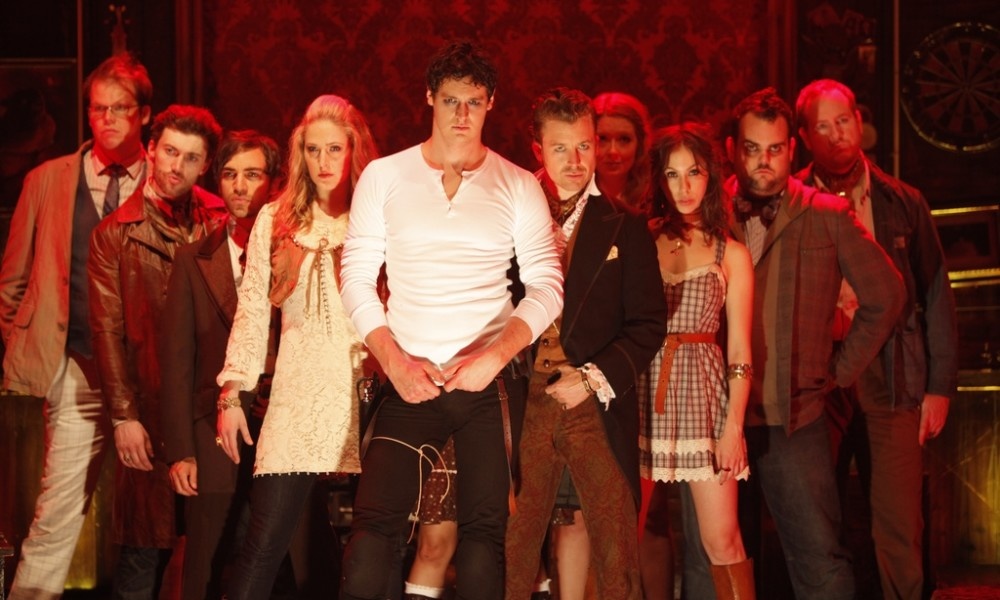 1600 Pennsylvania Avenue is a 1976 musical with music by Leonard Bernstein and book and lyrics by Alan Jay Lerner. It is considered to be a legendary Broadway flop, running only seven performances. It was Bernstein’s last original score for Broadway.

Here is the gorgeous “Take Care Of This House.”

Bloody Bloody Andrew Jackson is a rock musical with music and lyrics written by Michael Friedman and a book written by its director Alex Timbers.

The show is a comedic historical rock musical about the founding of the Democratic Party. It redefines Andrew Jackson, America’s seventh President, as an Emo rock star and focuses on populism, the Indian Removal Act, and his relationship with his wife Rachel.

1776 is a musical with music and lyrics by Sherman Edwards and a book by Peter Stone. The show is based on the events leading up to the signing of the Declaration of Independence, telling a story of the efforts of John Adams to persuade his colleagues to vote for American independence and to sign the document.

The show premiered on Broadway in 1969, earning warm reviews, and ran for 1,217 performances. The production won three Tony Awards, including Best Musical. In 1972, it was made into a film adaptation. It was revived on Broadway in 1997; another Broadway revival is scheduled for 2021.

Of Thee I Sing is a musical with a score by George Gershwin, lyrics by Ira Gershwin and a book by George S. Kaufman and Morrie Ryskind. The musical lampoons American politics; the story concerns John P. Wintergreen, who runs for President of the United States on the “love” platform. When he falls in love with the sensible Mary Turner instead of Diana Devereaux, the beautiful pageant winner selected for him, he gets into political hot water.

The original Broadway production, directed by Kaufman, opened in 1931 and ran for 441 performances, gaining critical and box office success. It has been revived twice on Broadway and in concert stagings in the U.S. and in London. In 1932, Of Thee I Sing was the first musical to win the Pulitzer Prize for Drama.

And of course Hamilton: An American Musical is a sung-and-rapped-through musical by Lin-Manuel Miranda. Here the American Founding Father Alexander Hamilton, tells us of “America then, as told by America now”.

Hamilton  premiered Off-Broadway on February 17, 2015, at the Public Theater, where its several-month engagement was sold out. The musical won eight Drama Desk Awards, including Outstanding Musical. It then transferred to the Richard Rodgers Theatre on Broadway, opening on August 6, 2015.] At the 2016 Tony Awards, Hamilton received a record-breaking 16 nominations and won 11 awards, including Best Musical. It received the 2016 Pulitzer Prize for Drama. 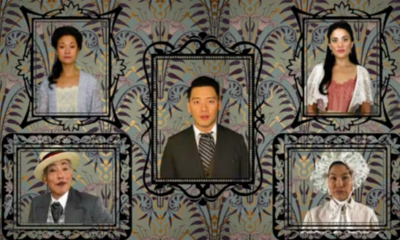