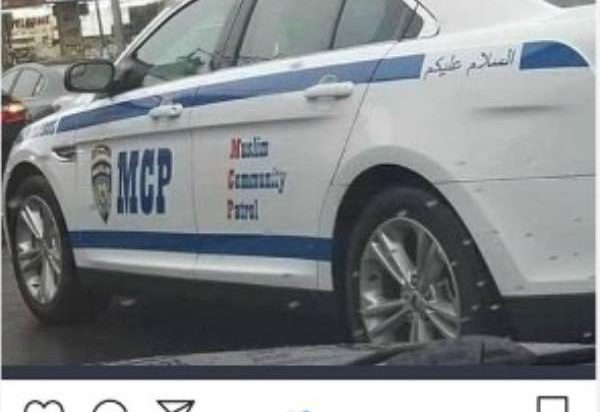 Muslims community patrols look just like New York Police Department (NYPD) squad cars. This self-funded group, is growing. They started out with 30 members of the all-volunteer Muslim Community Patrol & Services in neighborhoods in Brooklyn, with five cars. Now they plan to expand citywide.

My question is, isn’t this illegal to turn a car or your outfit to resemble a police officer. Turns out it is, so why is nobody doing anything about this?

The group recently held a training led by off-duty officers from the Police Department’s 72nd Precinct.

Members of the Muslim community have criticized the lack of information, and even questioned the need for the patrol. The Arab American Association of New York, says there are lots of questions about the group and who they are. They want them to stay out of the community, where Muslims make up about 9 percent of the city’s population.

This video will tell you a lot. In London the young Sunni Muslim men, call themselves the “Shariah Project”. Hooded members confronting passers-by and demanding that they behave in an Islamic way. They targeted prostitutes, people drinking alcohol, couples who were holding hands, women whom they considered to be dressed immodestly, and harassed others whom they perceived as being gay.

The question on everyone’s mind should be who is funding this?