My Real Mother Where Adoption Gets Real 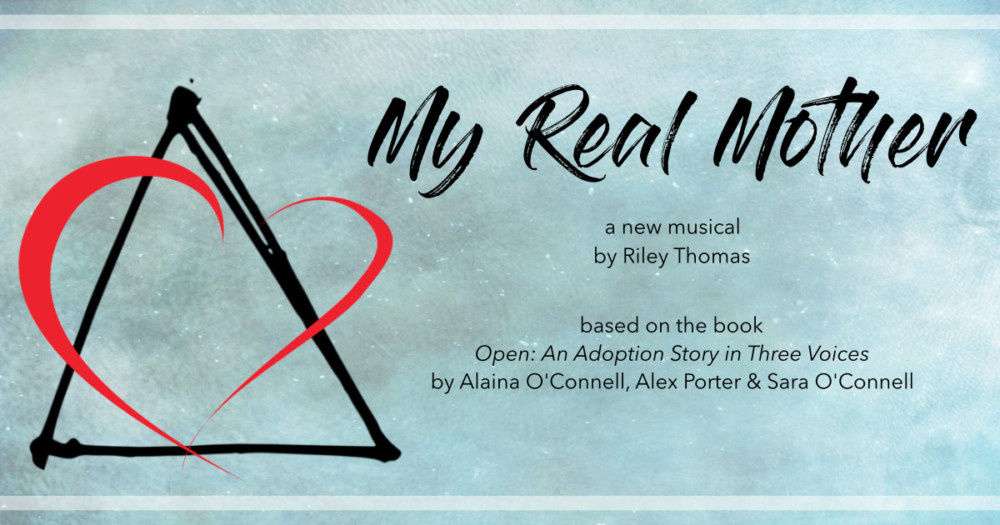 My Real Mother Where Adoption Gets Real

Riley Thomas’s new musical My Real Mother, now playing at NYMF is based on the book Open: An Adoption Story in Three Voices. This story of open adoption is told by Sara (Rachel Hirschfeld), the child who relays how she became adopted and the circumstances that bonded her two mothers. Her adopted mother Alaina (Elena Shaddow), is on her second marriage to a much younger Jason (Kevin Schuering). Alaina has three kids and doesn’t want Jason to deprived of fatherhood, so the couple decide to adopt.

Alex (Katie LaMark), has already had an abortion because her boyfriend, Duncan (Ryan Morales), is more into himself and a career. Feeling empty Alex decides to get pregnant again, this time if Duncan doesn’t want to be involved, she will raise the child on her own. Unfortunately life steps in and Alex is forced to contact an adoption agency. Alaina and Alex immediately bond, which makes the rest of the story more complicated and more loving.

Alex, has second thoughts, because she does want her baby, but her financial situation make this impossible. Jason, once the baby is here, becomes a different person and alienates both his wife and his step children. Alaina believes that Sara will be better off with mothers who get along and does not want either Sara or Alex to be hurt, Jason disagrees. Alaina’s open heart shows that love is always the answer.

Elena Shaddow as Alaina, offers us such a rich, warm, maternal essence, that we root for her and wish we could all be as loving. Ms. Shaddow’s voice is glorious, with lush tones that make this music soar. Ms. LaMark, gives us another side to someone who may not be a perfect person, but who loves and wants to be better. She shows us the flaws that live within us all.

Misti B. Wills direction gives us a compassionate look at a subject that effects 135,000 children a year.

Mr. Thomas has written the book, lyrics and music. He could have used a partner to give him some insight. The book comes off a little too sweet. Though I have not read the source material, there has to have been moments that were more complex. In the score Mr. Thomas writes in a sensibility I love, but the melodies don’t always finish and seem to linger looking for an end.

Adoption is complicated issue and My Real Mother has a chance of winning an audience that could use healing. I hope they continue on their journey.