My View: A Scary Opening Night at Barrington Stage Co. “The Birds”

My View: A Scary Opening Night at Barrington Stage Co. “The Birds”

“The Birds” by Irish playwright Conor McPherson and directed by Barrington Stage Companies founder and artistic director Julianne Boyd landed on BSC’s Second Stage yesterday and Broadwayworld was nestled in with the rest of the opening night Pittsfield audience.  Even though the play is not based on the 1960’s Alfred Hitchcock movie, the play still provides enough special effects to keep the audience unhinged as the birds periodically swoop in during the stressful story that unfolds.   Nat (Stevie Ray Dalimore) and Diane (Kathleen McNenny)meet on the road and break into a nearby farmhouse to escape the birds.  Julia (Sasha Diamond) a younger woman also appears and together with a neighbor Tierney (Rocco Sisto) keep McPherson’s tension filled drama airborne.

This play keeps pecking away at your emotions and you might leave the St. Germain theatre scratching your head, but it’s definitely not for the birds. It’s a well directed and superbly acted piece of thought provoking theatre.

Inspired by Daphne du Maurier’s chilling short story and the basis for Alfred Hitchcock’s legendary film, this suspense-filled adaptation by acclaimed Irish playwright Conor McPherson is an emotionally stirring, atmospheric thriller. Mysterious masses of birds have begun to attack at high tide, driving strangers Nat and Diane to take refuge in an isolated, abandoned cabin and to form a bond to survive their haunting new circumstance. Yet if two is company, three’s a crowd, as the sudden arrival of a young woman with a mysterious background ruffles feathers and quickly threatens to destroy their so-called sanctuary. 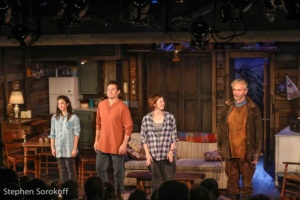 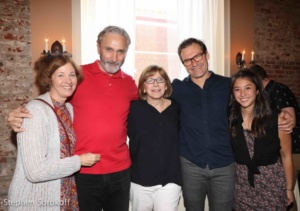 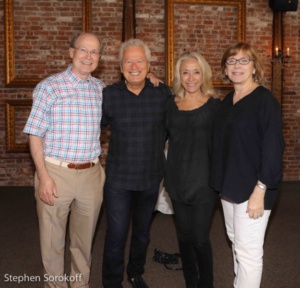 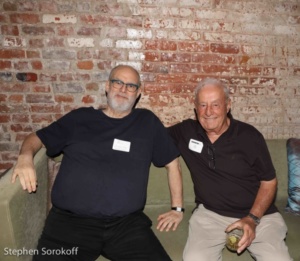 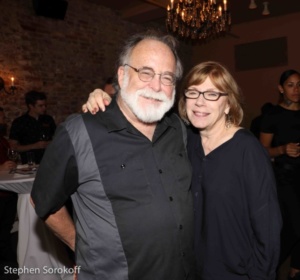 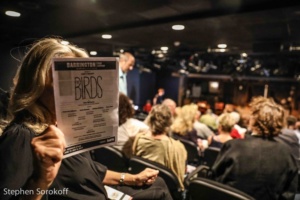