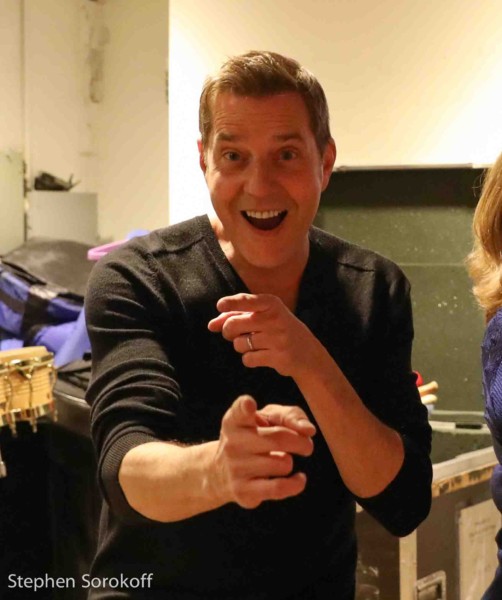 My View: A Ticket Harder To Get Than Hello Dolly – The New York Pops Concert Tonight

My View: A Ticket Harder To Get Than Hello Dolly – The New York Pops Concert Tonight

This ticket is harder to get than Hello Dolly. The New York Pops Concert is once again sold out for tonight but we got a seat for the rehearsal with Will Chase, Christopher Jackson, Jessie Mueller and Adrienne Warren.
The New York Pops, led by Music Director Steven Reineke, will continue its 34th season at Carnegie Hall’s Stern Auditorium/Perelman Stage tonight by bringing to life the soundtrack of a generation, including songs by James Taylor, Carole King, and BroadwayWorld was at this afternoon’s rehearsal. The concert will feature the full 78-piece New York Pops orchestra performing new orchestrations of classic songs, performed by Broadway stars, Christopher Jackson (Hamilton, The Lion King, In the Heights) joins the previously announced Will Chase (Something Rotten, Smash), Jessie Mueller (Waitress, Beautiful: The Carole King Musical), and Adrienne Warren (Shuffle Along, Orange is the New Black).

(For another article by Stephen & complete photos of this rehearsal go to BroadwayWorld.com) 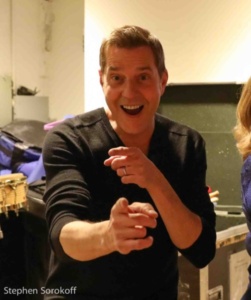 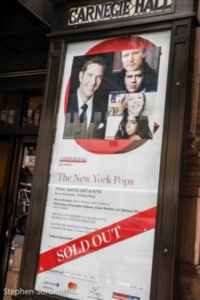 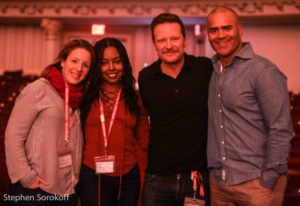 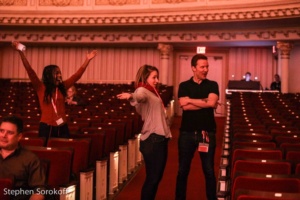 (For complete photos go to BroadwayWorld.com)