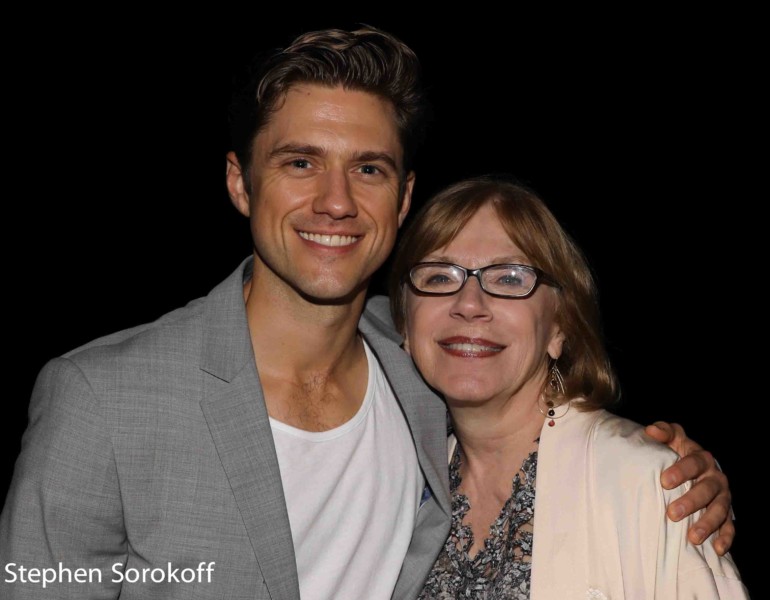 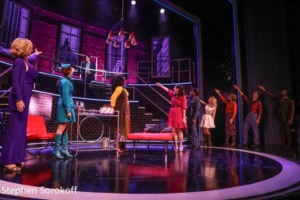 Barrington Stage Company (recently voted Best of The Berkshires) set a new record at the Opening Night of Stephen Sondheim’s COMPANY last night. There appeared to be more selfie photos taken of Aaron Tveit the show’s star and cast leaving the stage door of the Boyd-Quinson Mainstage than are taken by the ever present throngs in Broadway’s Schubert Alley after a show. Aaron, who was Bobby in the extraordinary production directed by BSC’s founder and artistic director Julianne Boyd, was mobbed by  what seemed like the entire audience as Tveit and the cast tried to exit the stage door and continue on to the after party at the home of BSC Chair, Minkie and Bruno Quinson. 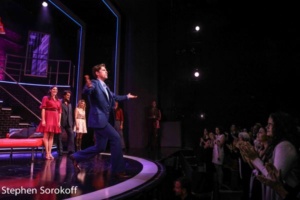 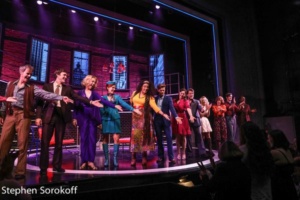 You can’t talk about Aaron Tveit, you have to hear and see him on the stage.  One minute he’s brilliantly acting and all of a sudden you realize you’re hearing his glorious voice singing. One minute he’s walking and all of a sudden you’re watching a handsome guy moving like Fred Astaire. It’s a Tony Award Winning performance, although in this case it will probably garner a Berky Award given by the Berkshire Critics Association. 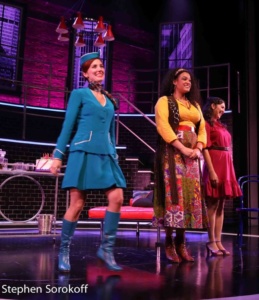 Company features a book by George Furth, and music and lyrics by Stephen Sondheim, with choreography by Jeffrey Page, music supervision by Darren R. Cohen, music direction by Alex Shields, and direction by Julianne Boyd.

Winner of 6 Tony Awards, Stephen Sondheim’s groundbreaking musical is a brilliant and wildly funny look at relationships. Over a series of dinner parties, dates and conversations with his friends, the perennially single Bobby attempts to understand the pros and cons of marriage – and the meaning of the word “commitment.”

No stranger to the works of Sondheim, director Julianne Boyd has directed Company, Follies, A Little Night Music, and Sweeney Todd, all to popular and critical acclaim at Barrington Stage.

Enough can’t be said about the orchestra in the pit at BSC.  When Barrington’s production of On The Town moved to Broadway it wisely utilized one of the largest orchestra’s to perform Leonard Berstein’s music in it’s production. The orchestra at this BSC production under the director of Dan Pardo and supervised by Darren R. Cohen sounded every bit as effective while playing the legendary Jonathan Tunick’s orchestrations.  Hal Prince who originally produced and directed COMPANY and is currently being honored on Broadway would be well advised to come to vacation in The Berkshires this August and see a show…..Hint, Hint……..

(For another article by Stephen & complete photos of Opening Night at BSC go to Broadwayworld.com) 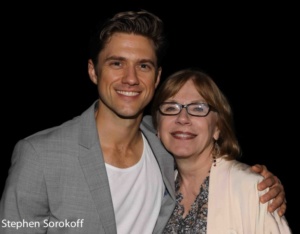 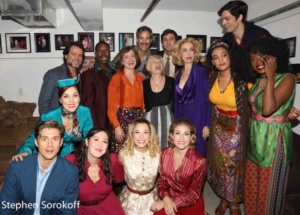 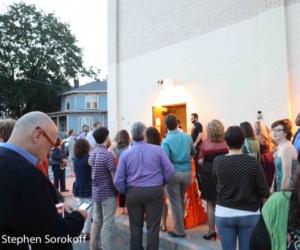 (For complete photos of COMPANY opening night & party at BSC go to Broadwayworld.com)