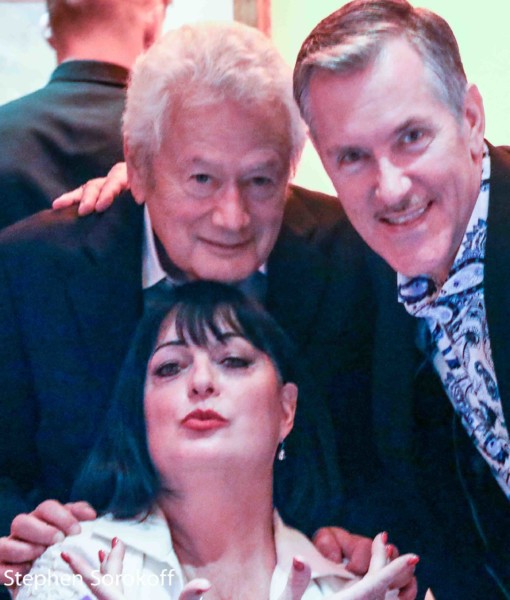 My View: Ann Hampton Callaway Starts to Sing A Love Song and Spots Her Ex Husband In The Audience

My View: Ann Hampton Callaway Starts to Sing A Love Song and Spots Her Ex Husband In The Audience

Happy Days Were Here Again at Lynn University last night because Ann Hampton Callaway sang the Barbra Streisand Songbook at Jan McCart’s Live at Lynn Series. Arguably, one of the finest performers in the music world, Ann is also a composer and lyricist and her songs can be heard on seven of Barbara Streisand’s albums.  If you happened to be at Barbra’s wedding to James Brolin you know that Ann’s lyrics were sung by Barbra to the groom.

Happy Days again were hard to achieve for the Boca audience and producer Jan McArt asked for a moment of silence at the start of the concert because of the unspeakable tragedy the community has suffered in it’s high school this week.  If anyone was capable of bringing the people of Boca to a different place for 2 hours it was the voice of Ann Hampton Callaway who is also one of the most caring and socially concerned humans on the planet.   The program pointed out that Ann lives by the creed best expressed by the Andre Gide quote, “Art is the collaboration between God and the artist and the less the artist does, the better.”  However, I’m sure her audiences would agree, the more Ann Hampton Callaway does the better the world is.

On a lighter note,…an odd moment in the concert occurred when Ann discovered her ex husband sitting in the first row as she was about to sing a love song. You’ll have to go to one of her performances to see how she handles that recurring situation. 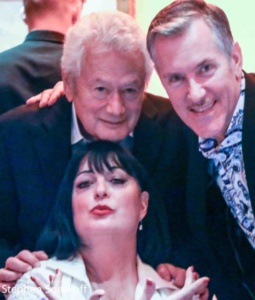