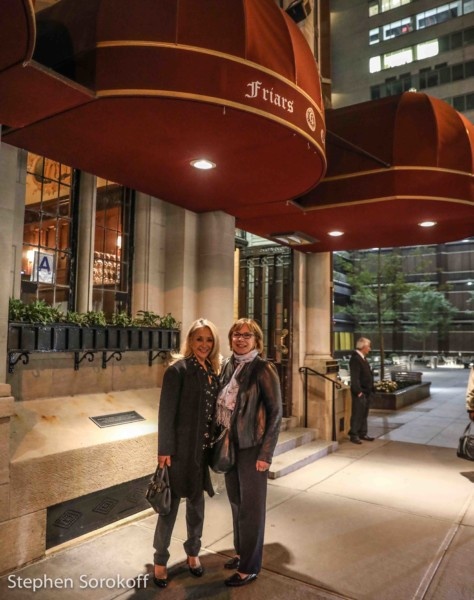 Barrington Stage Company (BSC), the award-winning theatre in Downtown Pittsfield, MA, under the leadership of Artistic Director Julianne Boyd, will host its annual New York City Benefit, BSC/NYC, on Monday, November 13, 2017, to celebrate their New Works Initiative and honor composer Joe Iconis with the William Finn Award for Innovation and Excellence in Musical Theatre.  This one-night only cabaret will take place at the Friars Club (57 East 55th Street). The  highly anticipated evening is oversubscribed and a wait list has been created.

BSC believes that if theatre is to thrive and create meaningful and new experiences for audiences, then it is vital to support playwrights and their visions of the world we live in. Through the New Works Initiative, BSC has enjoyed great success with several new works, including: The 25th Annual Putnam County Spelling Bee, Freud’s Last Session, Dr. Ruth–All the Way, Dancing Lessons, American Son and Joe Iconis’ Broadway Bounty Hunter.

“New Works are the heart and soul of Barrington Stage. There’s nothing more important we do than work with writers to develop, and then to produce their plays and musicals in a totally supportive environment,” said Artistic Director Julianne Boyd.

Joe Iconis is a musical theater writer and a fixture in the New York/Pittsfield cabaret scene. His musicals Broadway Bounty Hunter (5 Berkshire Theater Awards including Best Musical) and The Black Suits have played Barrington Stage Company. Other musicals include Be More Chill, Bloodsong of Love, and the upcoming Hunter S. Thompson musical for La Jolla Playhouse.

“I am humbled and ecstatic to receive this gorgeous honor from Barrington, a theatrical home that has provided me and my family of collaborators support, inspiration, and transportation reimbursement stipends for many years,” said Mr. Iconis. “I am particularly honored to receive the award in the name of William Finn, one of my all-time favorite writers, musical theater or otherwise. Knowing that I’ve got the seal of approval from Julianne Boyd, Mr. Finn, and the genius community of human beings who make up Barrington Stage Company makes me feel like I must be doing something right. In this impossibly difficult world of American Musical Theater Writing, one needs all the encouragement possible to forge ahead and something like this is enough to make a fella keep at it for another lifetime or two.”

Barrington Stage Company recently announced two productions for their 2018 season – the world premiere of The Royal Family of Broadway, a new musical comedy based on The Royal Family by George S. Kaufman & Edna Ferber, by the Tony Award-winning creators of The 25th Annual Putnam County Spelling Bee; and West Side Story, in honor of Leonard Bernstein and Jerome Robbin’s 100th birthdays.

From the creators of the Tony Award-winning The 25th Annual Putnam County Spelling Bee and creative team behind the Tony-nominated 2014 Broadway revival of On The Town comes the World Premiere of The Royal Family of Broadway, a masterful musical comedy love letter to the Great White Way. For the Cavendishes the show must go on! Set in the 1920’s and loosely based on the legendary Barrymore family, it centers on three generations of actors: an aging imperious grande dame, a Broadway star looking for love, a self-centered boozing leading man who has fled to Hollywood, and a promising ingénue – each having to make pivotal choices in their lives.

In celebration of the 100th birthdays of Leonard Bernstein and Jerome Robbins, BSC will present West Side Story, based on conception by Jerome Robbins, with a book by Arthur Laurents, music by Leonard Bernstein, and lyrics by Stephen Sondheim. The world’s greatest love story takes to the streets in this landmark Broadway musical. Shakespeare’s Romeo and Juliet is transported to modern day New York City, as two young lovers find themselves caught between warring street gangs. Their struggle to survive in a world of hate, violence and prejudice is one of the most innovative, relevant and heart aching musicals of our time. Directed by Julianne Boyd, West Side Story will feature choreography by world-renowned dancer, choreographer, and Tony nominee Robert La Fosse. West Side Story was originally produced on Broadway by Robert E. Griffith and Harold S. Prince by Arrangement with Roger L. Stevens

2018 Season Passes are now on sale and available at www.barringtonstageco.org or by calling 413-236-8888 or visiting the Mainstage box office (122 North Street, Pittsfield, MA 01201). Single tickets for The Royal Family of Broadway and West Side Story will be available in March 2018. 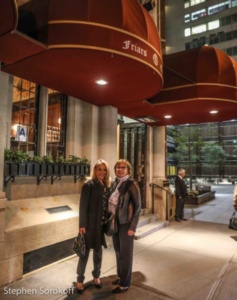 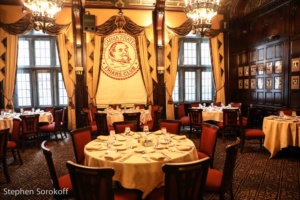 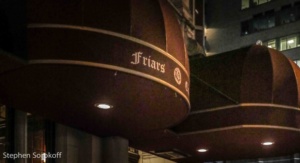 Stephen SorokoffMay 3, 2022
Read More
Scroll for more
Tap
On The Red Carpet At The New York Film Premiere of Michael John LaChiusa’s Hello Again
You Are There As Hair Celebrates Their 50th Anniversary