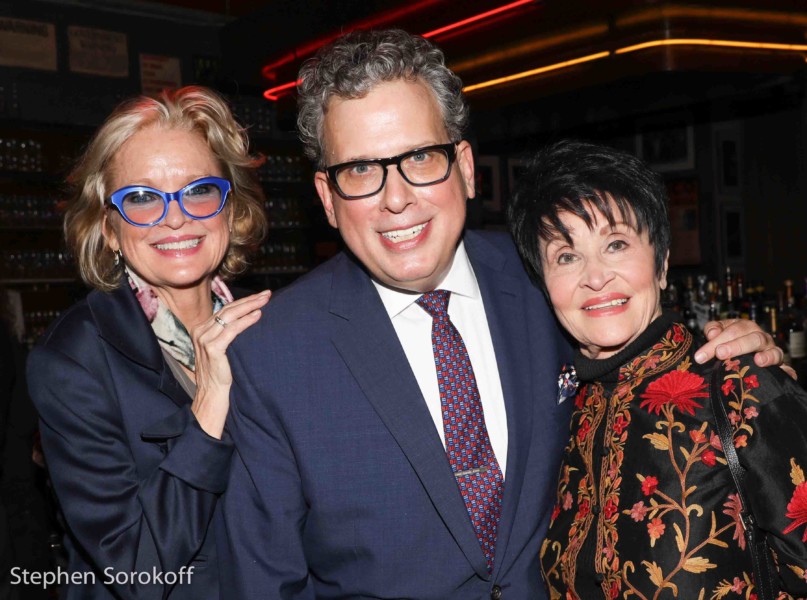 Billy Stritch hides behind the mantra of Musical Director, Arranger, Songwriter, vocal and piano accompanist for some of the most talented and famous performers on the planet the majority of the times you see him.   However, It comes as no surprise to his many fans that when he decides to feature himself and go solo it’s an event not to be missed.   Last night at Birdland in the 2nd of a 3 Saturday series, celebrities, music professionals and fans filled Birdland to hear the special rivers of sound, wide-ranging harmonic territory, and music intelligence that is characteristic of his special gift.

Similar to the participants in the world of sports, the world of music has many uniquely talented people that entertain and thrill the public with their performances.  Every professional taking the field has much to offer and it’s a privilege to bear witness as they display their skill.  Sometimes a member of the talent team rises to another level.  It’s that distinctiveness that Mickey Mantle had when he stepped up to the plate or when Michael Jordan aimed a basketball.  Billy Stritch, in front of a mic and a keyboard possess that kind of special ability. “Lucky To Be Me” is the title of his show.  A more accurate caption would be Lucky to Be Us.

Chita, Christine, Lee Roy Reams, Max von Essen, Rex Reed and some others I couldn’t see were there to hear Billy (with Tom Hubbard on bass) at last night’s performance.

One more time to see this show (if you’re lucky) on Saturday Dec 9th at 6PM. 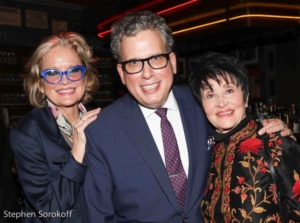 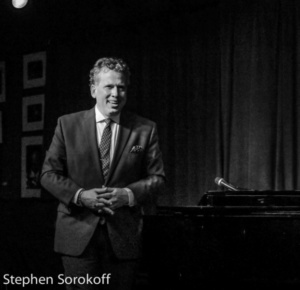 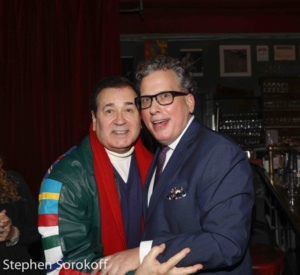 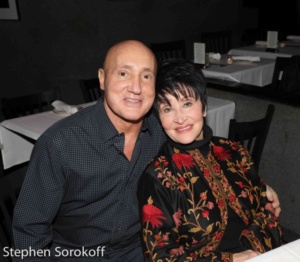 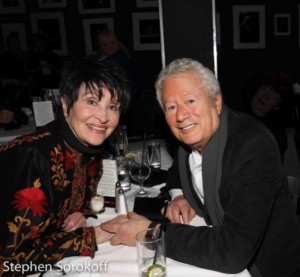 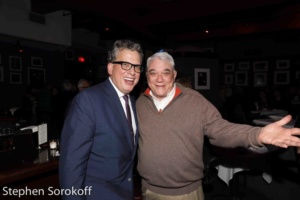 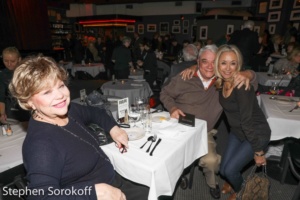 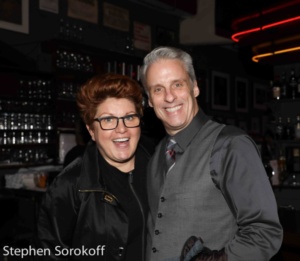 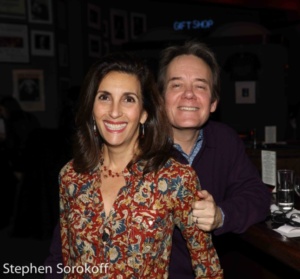 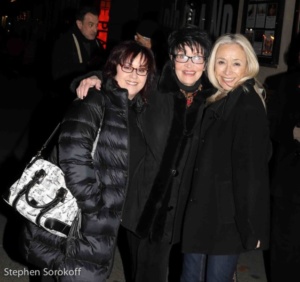 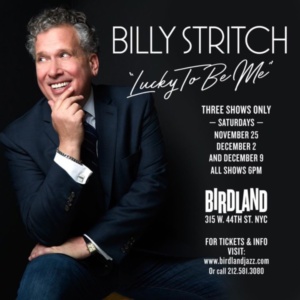