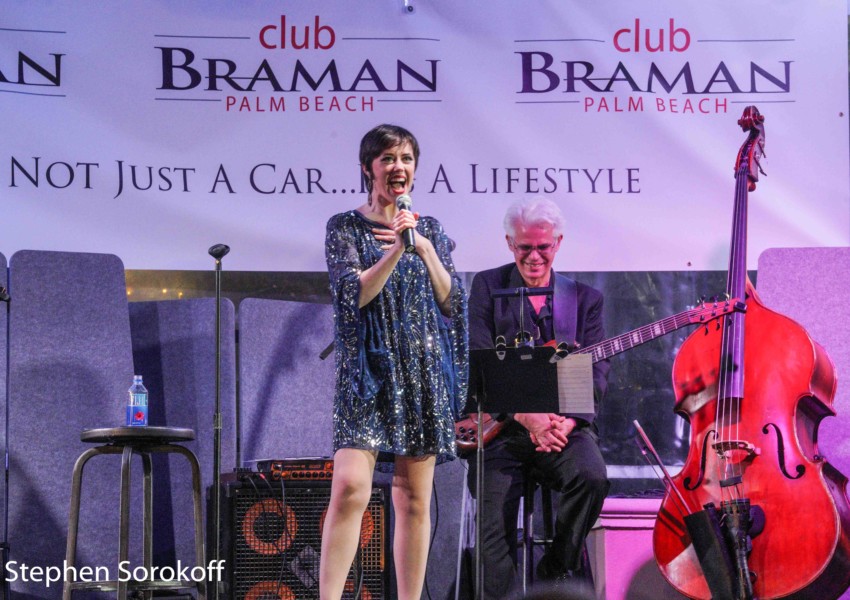 A beautiful outdoor venue, yachts parked on the waterway behind the  stage, moon and stars overhead and a glorious voice performing a musical crossover selection of songs.  Andrea Bocelli live in concert at the breathtaking costal setting of Portofino, Italy?  Nope, it was Carole J. Bufford in the Harbourside Place Amphitheater in Jupiter, Florida.

The launching of a new Cabaret Series produced by Sanford Fisher to support the Jupiter Medical Center Foundation had Ms. Bufford’s voice filling the night air and lifting the spirits of an audience that has been starved for live music since March of 2020.  You usually hear Carole belting the American and Broadway songbook, but in this new show titled “Come Together: When the 60’s Met The 70’s” it was all about exploring the change in the musical landscape from 1965-1975 employing the songs of Janis Joplin, The Beatles, The Rolling Stones, and Johnny Cash.

With a vaccinated, masked, and well spaced audience, the only thing you could catch during this evening was the infectiousness of the familiar melodies and rhythms of legendary music sung by an award winning vocalist.

Stephen SorokoffApril 11, 2021
Read More
Scroll for more
Tap
Tune Into Swing 46 For a 12 Hour Benefit Today Starting at Noon
What to Watch in The New Year: March 15