One of the most highly respected Greek Restaurants in New York City, Maria Loi’s LOI Estiatorio, welcomed Dougos Winery, one of the most highly respected wineries of Greece this week. It was the place to be for servings of food and wine created by some present day Greek Gods. Maria von Nicolai one of the most respected food/wine authorities with Stephen & Eda Sorokoff was on hand to chronicle the celebration of fine dining. Both Marias and Wine Maker Thanos Dougos reached new heights in orchestrating an unforgettable evening at LOI. According to mythology, it was in the area of Rapsani on mount Olympus that the 12 Olympian Gods were making the famous godly wine “Nectar”. Local myths claim that whoever is present in Rapsani and works there, can feel the presence of the Gods, as if they are next to them and helping them, which is how the famous PDO Rapsani wine is being made.

Check out the video to enjoy the food, wine and Marias 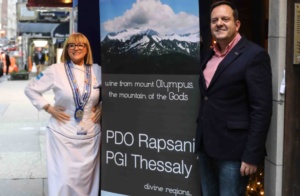 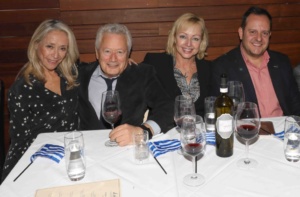 Stephen SorokoffDecember 9, 2022
Read More
My View: The Tables (and Microphones) Turned On Dick Cavett At The Friars Club
My View: I Wish You Could Have Heard What We Heard Last Night – Paulo Szot & Billy Stritch