My View: Check Out 3 Of The Most Famous Notes In Pop Music

My View: Check Out 3 Of The Most Famous Notes In Pop Music

Charles Calello has had more Top Ten Hit Records (39) than any arranger in the history of Pop Music.  In his arrangement of Sweet Caroline for Neil Diamond his notes are in your head and you probably sing them as the band blares Da Da Daaaa (C,B,E, in the key of G) after Neil Sings the lyric “Sweet Caroline”

An Evening With Charlie Calello happened at the Duncan Theatre at Palm Beach Stage College last night and Broadwayworld was there. Check out the photos.

Charlie brought his big band, with super singers Nicolas King and Tomey Sellers, and the audience got to hear the quality of music usually heard on those PBS specials that feature great music and great artists.  As Mark P. Alexander, Executive Director of Palm Beach State College Theatres told me after the show..”You present this level of  entertainment and the people fill the seats”.  They sure did last night to hear the music created by Charles Calello for Frankie Valli,  Frank Sinatra, Neil Diamond and Barbra Streisand.  Charles has had 101 Billboard Chart hits and 15 Grammy Award nominations. He is a Vocal Group Hall of Fame Inductee (as a Four Season) and was the music arranger for most of the group’s top ten hits.  With much charm, grace and modesty Charles took the audience on a tour of his musical memories with great stories and conducted his big band of outstanding musicians playing all of those wonderful notes and sounds he has created.  BTW, after Charles played the arrangement of Sweet Caroline for Neil Diamond he was disappointed with Neil’s reaction.  He later read an article by Neil who said the the Calello arrangement was “So Good, So Good”

Nicolas Kiing who has been performing since age 4 and was first seen on Broadway in Beauty & the Beast and toured with Liza Minnelli was the ultimate male vocalist to sing these famous arrangements, as was the extraordinary Tomey Sellars who brought the house to a standing ovation with her remarkable singing.

An Evening With Charles Calello is one of the most rewarding experiences in the world of pop music. 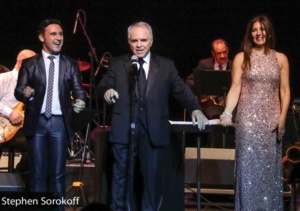 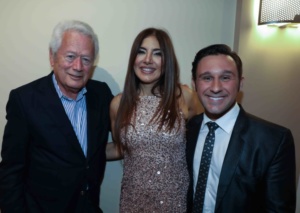