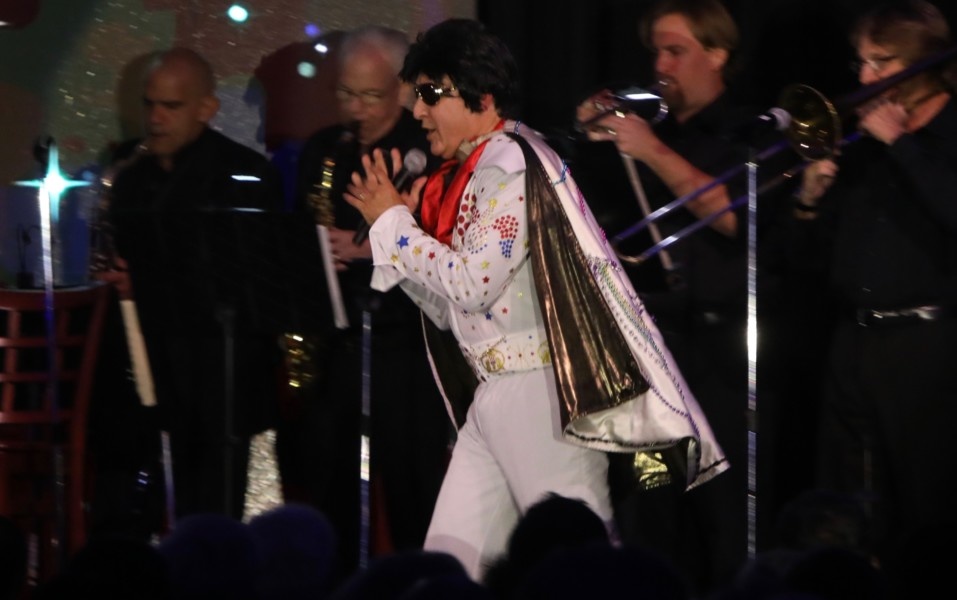 Masters of Impressions was the title of a show performed by two celebrated and sought after impressionists,Tony Pace and Karen Grainger at The Polo Club last night.  The production is wrapped in a visual media marvel bringing to life the moments of the Legendary Voices they present.  The two are great singers with their own voices but also had the unique ability, backed by a great band playing authentic arrangements, to bring a slew of legendary performers to the stage.

From the opening number Dancing In The Streets through the final note of the The Prayer the show took us through segments of some of histories most celebrated and recognizable voices.

Tony and Karen brought Legends of the 80’s like Blondie, Boy George, Whitney Houston, Michael Jackson to the audience last night, along with Grand Ole Opre stars Rebba, Johnny Cash, Dolly  Parton and many more.  Las Vegas was represented by Elvis, Celine, Cher, and even Donny and Marie. I wonder how much a ticket would cost if this show was real, but in a way it was the real thing.  You almost forgot it was Karen & Tony on stage.  They were so accurately able to transform themselves physically and vocally to these famous entertainers.