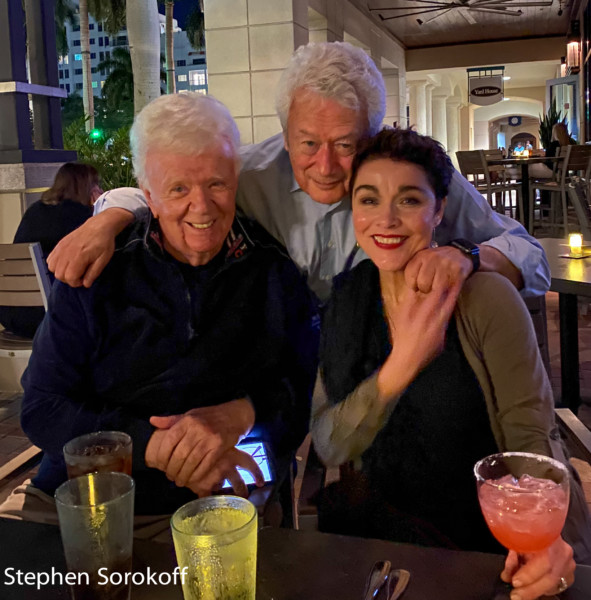 Most performers have a career/performance arc. Oftentimes fans compare early Sinatra crooning to the Chairman of the Board’s later rugged vocal swagger.  As the years ascend it’s not unusual for vocalists to descend a key on the melodic scale. Marilyn Maye connoisseurs marvel at her early recordings but are also completely captivated by the current version of the super singer. Then we have someone like multi award winning actress/singer Christine Andreas, who seems to have been preserved in a musical time capsule with all of her luxurious vocal ability, spunky personality, and physical beauty completely in tact.  Last night at the RRazz Room it was musically back to the future as Christine in collaboration with her Grammy-nominated producer/composer/husband Martin Silvestri, delivered an evening of songs – originally conceived for a command performance at The White House (Bush 41).  It was a warm, witty, poignant and beautifully arched evening of music expressed through the American Songbook, Broadway, and very personal original songs performed with an energy that can only evolve with the intimacy of a 28-year-old musical relationship between husband and wife.  As the saying goes, she hasn’t lost a step ( or a note).

After listening to Christine Andreas on Legends Radio 100.3 FM the fans filled the RRAZZ ROOM to hear her “live” and in addition being introduced by Legend’s Morning Lounge Hosts Jill & Rich Switzer.  The World Wide American Songbook Radio Station based in South Florida was well represented as “The Old Jock” himself, Dick Robinson was in the house along with Legends Ladder host Sandy Fisher.