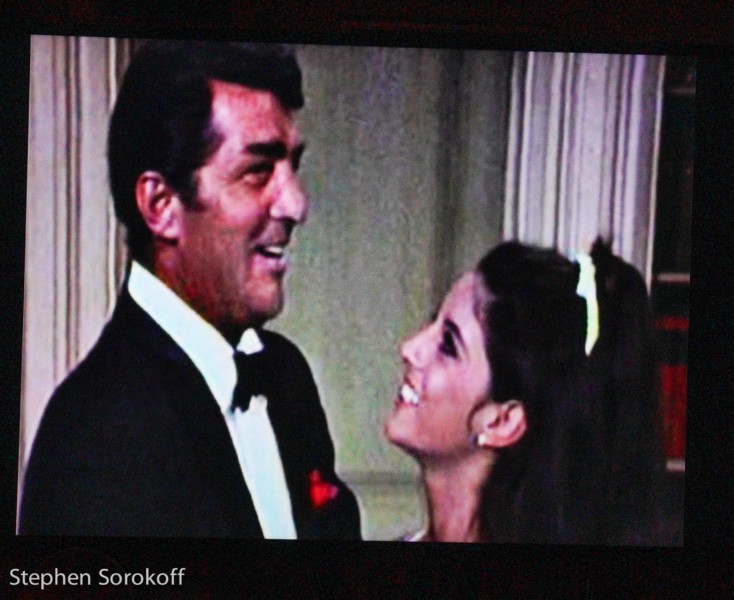 Dean Martin did it the old fashioned way, entertaining millions with his widely successful Variety TV show.  His daughter Deana Martin who has continued the family tradition of lifting audiences spirits and exciting their musical senses did it the current crisis method.  Unable to reach her legions of fans due to live performance cancellations, Deana took to Facebook “Live” and came to her vast audience “direct from the Bar”….albeit in her home.

I don’t think there is a day that goes by that I don’t hear Dean Martin’s voice in my head coupled with a flashback of a an image of how cool he looked in his tux casually walking out on stage.  Deana inherited his cool adding her own brand of congeniality to produce some of the most heart warming entertainment experiences.  She brings the music and charisma of Dino back to life and her Facebook at home show reminded me of seeing Dean in his TV living room setting.  This time it wasn’t Ken Lane at the piano, it was handsome husband John Griffith pressing the buttons to start the big band tracks.

Deana was born in Manhattan but moved to California at the age of one. During her childhood, it was not unusual for her dad’s Rat Pack friends – Frank Sinatra and Sammy Davis Jr. to stop by the house for a visit. Being around her father and his many show business friends led Deana to decide that she, too, wanted a career in the entertainment industry. Deana appears in night clubs, Las Vegas showrooms and performing arts centers all over the country.