My View: Don’t Say I Didn’t Tell You

My View: Don’t Say I Didn’t Tell You

There are two Cabaret shows coming up that deserve your consideration.  Having previously attended both I can safely predict a special evening of music and entertainment.  Please stop by and tell us thanks for the “heads up” after the show.  I’ll be at a table with that blond again. 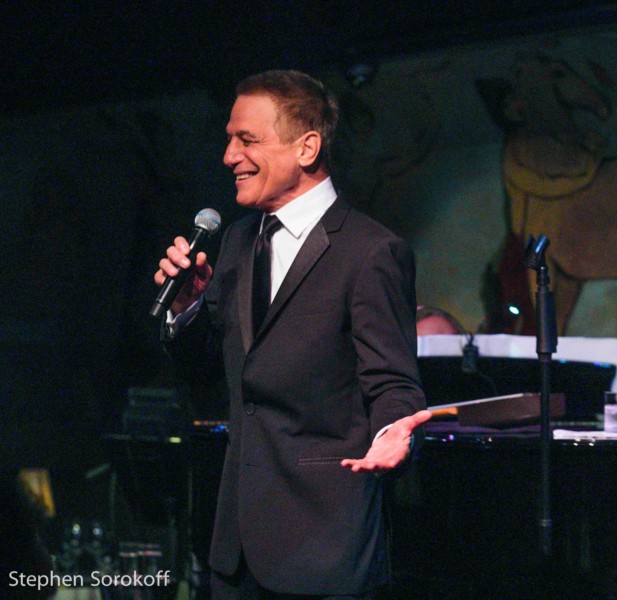 (NEW YORK, NY) 54 BELOW, Broadway’s Supper Club and 2022 Tony Awards® Honoree for Excellence in the Theatre, welcomes entertainment icon and Broadway star, Tony Danza, back with his hit live cabaret show, Standards & Stories. His previous performances garnered raves, with BroadwayWorld calling it “one of the most enjoyable evenings one can have at 54 Below” (BroadwayWorld). The New York Times has also described Tony as “a live wire who tap-dances, plays the ukulele, tells stories and radiates irresistible charm… He exudes the kind of charisma that can’t be taught!” (The New York Times). The triple threat returns to Broadway’s Living Room on September 26-October 1 at 7pm. For reservations and information, visit 54below.com/TonyDanza.

Tony Danza and his band bring their hit show, Standards & Stories, to 54 Below for a limited engagement. Combining timeless music with wit, charm, storytelling, and a dash of soft shoe and ukulele performances, Danza performs a selection of his favorite standards from the Great American Songbook, as well as selections from the hit Broadway musical Honeymoon in Vegas (which Danza also starred in), while interweaving stories about his life and personal connection to the music.

Danza has been one of the world’s most beloved and iconic entertainers for over 40 years. Perhaps best known for his starring roles on two of television’s most cherished and long-running series, “Taxi” and “Who’s The Boss,” Tony has also starred in hit films such as Angels in the Outfield, She’s Out of Control, Hollywood Knights, and Don Jon. Well established as a song and dance man, Tony has also starred on Broadway in The Producers, A

View from the Bridge, and most recently received rave reviews for his performance in the Broadway musical comedy, Honeymoon In Vegas, with The New York Times calling his performance “sly genius,” and a “career high.” He received an Emmy nomination for his guest spot on “The Practice,” and recently made a special guest appearance on “Blue Bloods.” Danza also has a much buzzed about “Who’s the Boss” sequel in the works, and just wrapped a co-starring role in the upcoming 20th Century Fox feature film, Darby Harper Wants You To Know. 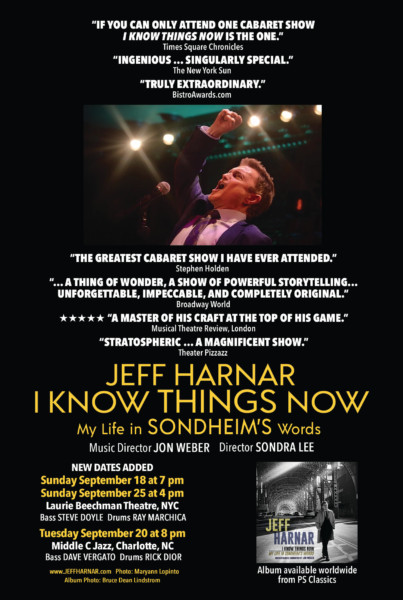 “This is the greatest Cabaret Show I have ever attended!”  Stephen Holden the esteemed New York Times critic (retired) gave me that quote at the conclusion of Jeff Harnar’s Sondheim show at the  Laurie Beechman Theatre last night.  Mr. Holden exquisitely painted pictures with a minimum of well chosen words in his reviews of cabaret performers,  and the legendary writer was responsible for launching many careers.

Mr. Harnar needs no launching, he’s a Cabaret superstar and in this show directed by Sondra Lee with musical direction by Jon Weber he cleverly put the Sondheim Songbook into a whole new context. This was one of the smartest, freshest shows I have ever attended and it gave me a whole new comprehension of  Stephen Sondheim’s words and music.  My quote…” if you can only attend one cabaret show…I KNOW THINGS NOW- Jeff Harnar sings Sondheim is the one.”

A word about Jon Weber.  The virtuosity of Jon goes without saying and he is capable of stylistically becoming any type of pianist, be it jazz, ragtime, theatrical, or classical.  At times his notes almost spoke the words of Sondheim and his accompaniment was a work of art.  The dialogue between between piano and vocalist was breathtaking at times.

Mr. Harnar had lots of “company” at the Laurie Beechman Theater.  The audience was a who’s who of the Cabaret world and at times I had to remind myself I was not in the audience at a Mabel Mercer Cabaret Convention. 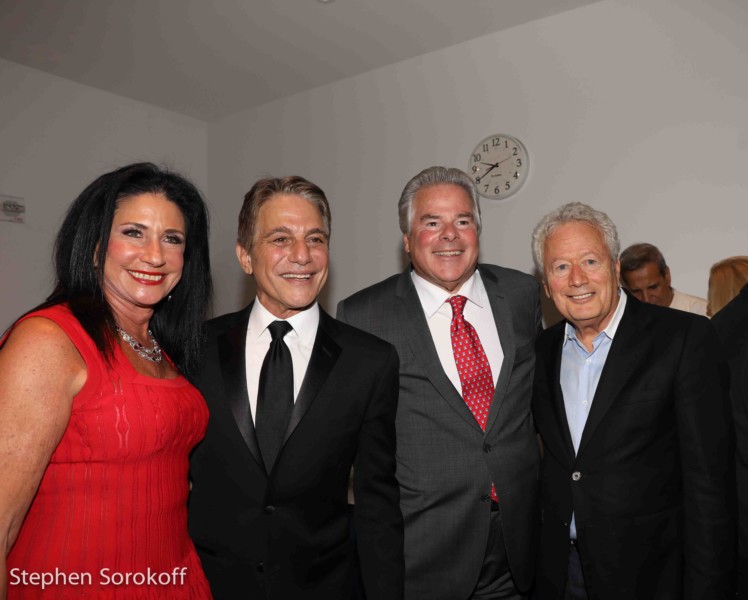 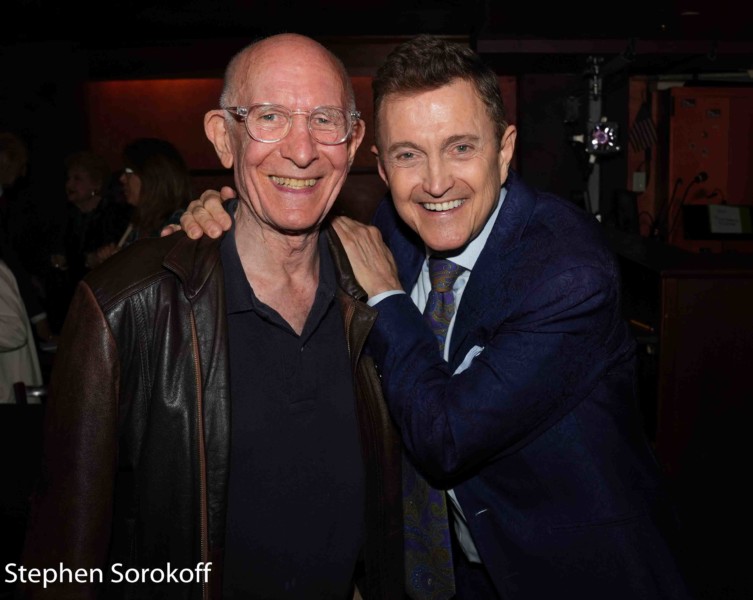 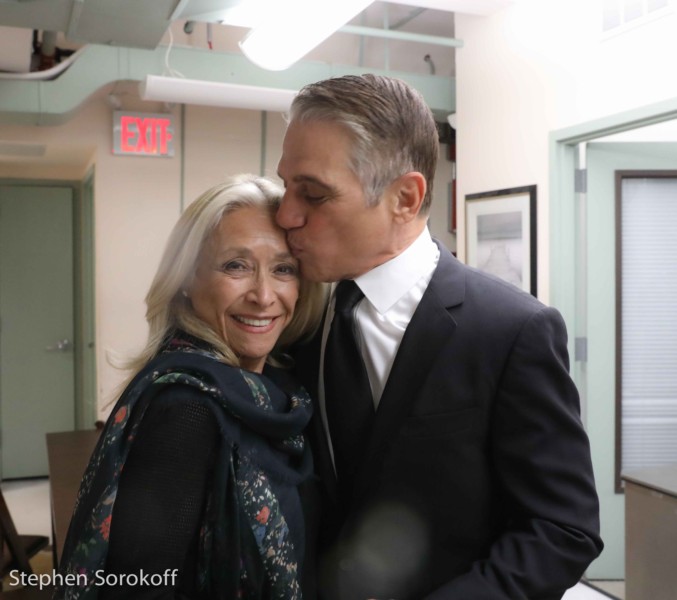