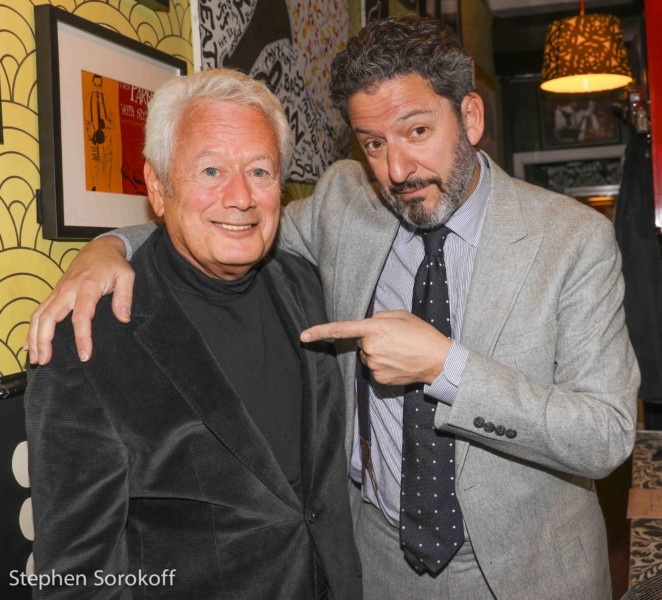 Two different Cabaret shows in NYC last night and both had great humorous stories and wonderful music. John Pizzarelli at Birdland and Charles Busch at Feinstein’s/54 Below

One of the funniest stand up comics around, John Pizzarelli has the Birdland audiences laughing at his great stories and jokes.   Last night, in between all the humor he did manage to play and sing some of the best jazz on the planet at the Jazz Corner of The World.   The laughing started early in the set as John reminded the audience that he was raised in the home of a jazz guitarist……Bucky Pizzarelli, and that Bucky made sure to remind him every day that it was his (Bucky’s)  home.   What a great late night talk show host John could be.  The combination of his storytelling ability, and his music virtuosity make a Pizzarelli performance one of the most entertaining evenings in show business.  He’s one of a kind in any musical format, and at Birdland this month it seems to be a Pizzarelli Festival.  John  can be seen with his Trio, The Pizzarelli Big Band, or with his wife Jessica Molaskey.  His music is no laughing matter, it’s seriously extraordinary.

Wearing a suit that seemed to be inspired by the celebrated decor of Feinstein’s/54 Below, Tony Award nominee and two-time MAC Award winner Charles Busch returned to the club last night with a new show that gets to the essence of this legendary theatrical figure.  The Actor/playwright/cabaret entertainer, with an eclectic songbook from the 70’s and early 80’s unfolded an outrageously comic yet also poignant tale of his early years as he strived to find a place for himself.  Charles has found a place for himself and he is a living legend and a very theatrical New York audience filled Feinstein’s/54 Below to hear his wit and music.

Genevieve Rafter KeddyMay 10, 2022
Read More
Scroll for more
Tap
My View: Jana Robbins & Haley Swindal Triumphantly Return To The Songs Of Kander & Ebb
My View: A Storm Is Headed For Palm Beach But you Will Love it!