My View: Inside The Friars Club at the Jamie deRoy Celebration

My View: Inside The Friars Club at the Jamie deRoy Celebration

The Friars archives and Wikipedia have finally been corrected.  Nineteen Eighty Eight was a watershed year for women.  They gained membership to numerous private men’s clubs that heretofore were off limits to women.  The Friars, being one of the more famous of the bunch had an article heralding the event written by a less than factual reporter for The New York Times.  The paper of record, in an early forerunner of fake news only listed the first 7 women and overlooked number 8……Jamie deRoy who was in that initial group, along with Liza Minnelli, Joan Rivers, Brooke Shields, and other prominent  female entertainment figures was not mentioned.

Last night at the monastery on 55th street, an event that could only happen at ground zero of the show business world took place at the Club. Friars and friends gathered to celebrate the 8th women wonder of the club on the 30th anniversary of her membership.  Ms. deRoy for once had to take a back seat as she was entertained by a jam packed line-up of celebrities and cheered by an overflow crowd of friends in The Frank Sinatra Dining Room.  Although she is usually hosting and interviewing famous celebrities, Jamie took on her other role as an enthusiastic and appreciative audience member as host Judy Gold brought Chuck Cooper, Jim Dale, Penny Fuller, Larry Gatlin, Julie Gold, Rupert Holmes, Frances Ruffelle,  and Benjamin Scheuer on stage to entertain the elite gathering. The Friars have certainly come a long way since Phyllis Diller dressed in drag to sneak into a 1963 Sid Caesar Friars Roast.

Tomorrow when this breaking story hits the papers the record will finally be corrected.  Congratulations Jamie deRoy.

(Another article by Stephen and complete photos of this event on Broadwayworld.com 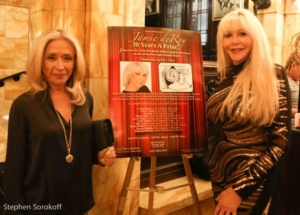 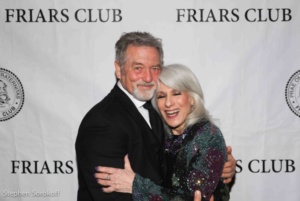 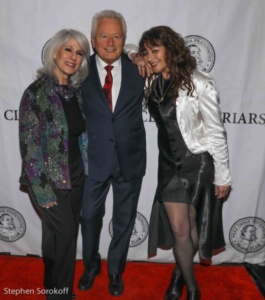 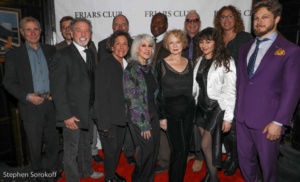