My View: It Started Like Any Other Kids 90th Birthday Party – Jerry Lewis at Friars Club 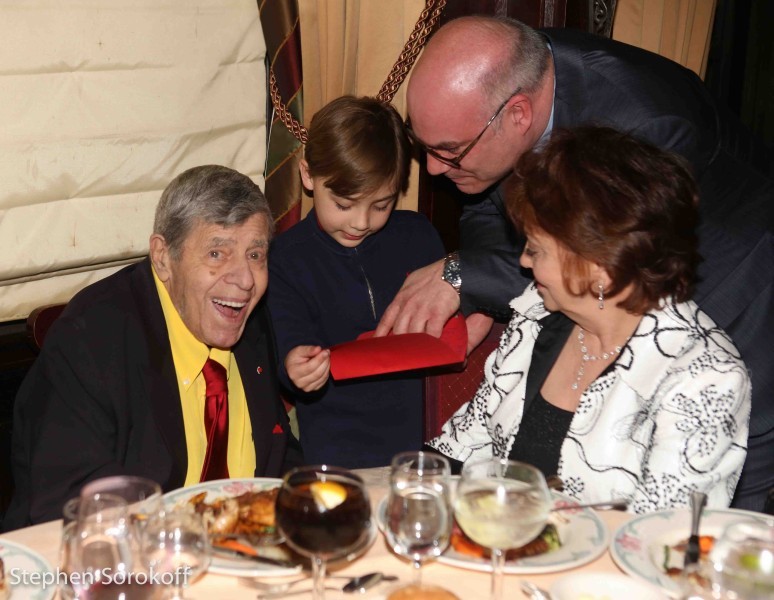 My View: It Started Like Any Other Kids 90th Birthday Party – Jerry Lewis at Friars Club

It soon became a telethon of happiness as the evening unfolded. The pledges given to Jerry Lewis were of love and respect and they came from his fellow Friars and entertainers who were jam packed into the Frank Sinatra Dining Room. The amount of laughs in the club even created a new total of hysterics for an institution that has been the home of much laughter during it’s storied show biz history. Robert De Niro started the dinner off with some heartfelt birthday wishes but also some that can not be repeated here. The other comedians who came to celebrate with Jerry rose to the occasion and kept the comic legend laughing the whole night. Jack Jones thrilled the Friars with the “Impossible Dream” as only the great singers singer could. The funny men & women present were, Max Alexander, Richard Belzer, John James, Robert Klein, Marilyn Michaels, Mark Wilk, Freddie Roman, Jeff Ross, and David Steinberg. Like Jacob Young and the Cast of Damn Yankees sang to Jerry…..”You Gotta Have Heart” and this birthday party sure warmed everyones heart 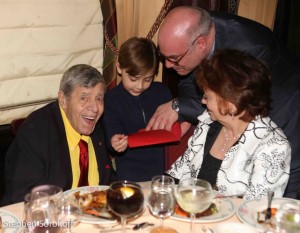 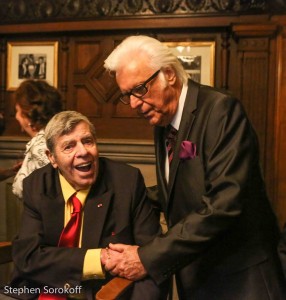 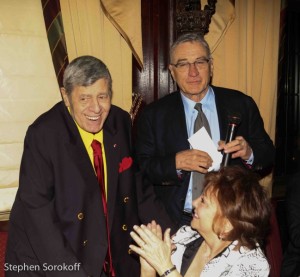 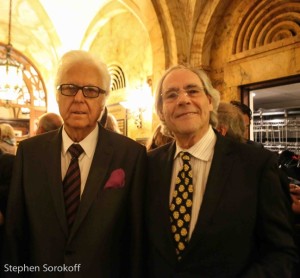 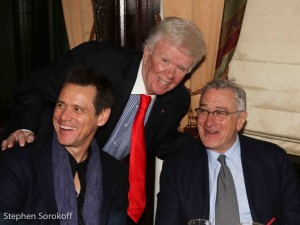 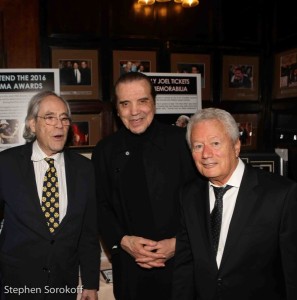 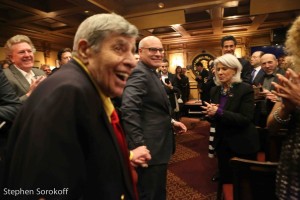 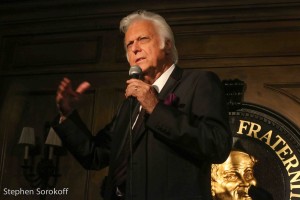 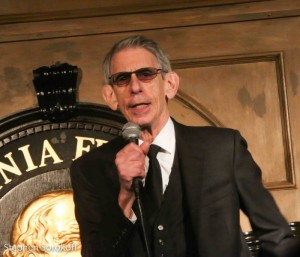 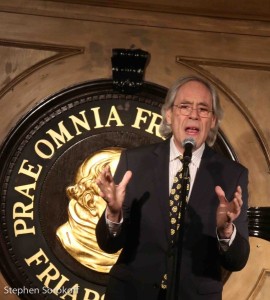 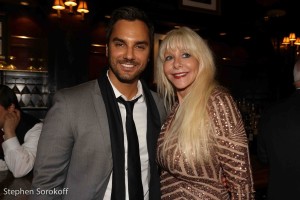 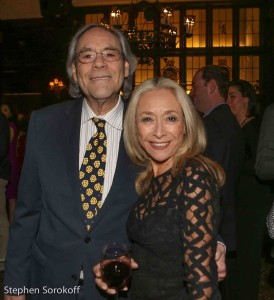 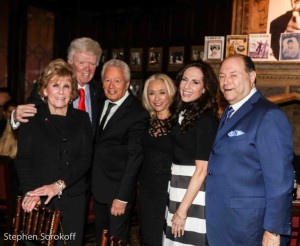 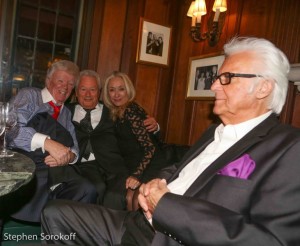