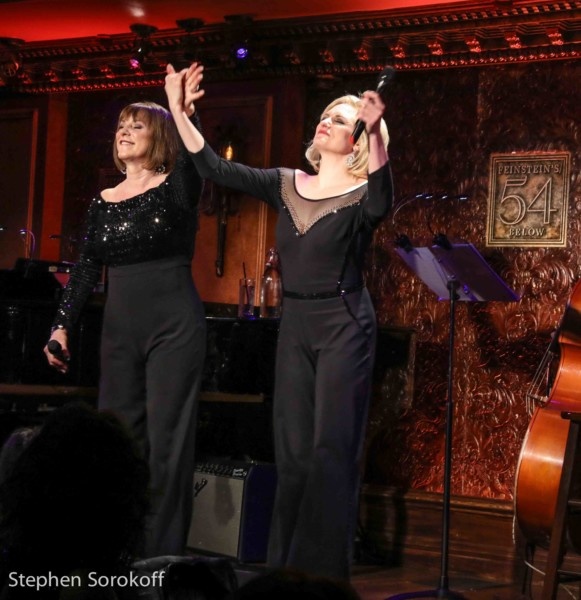 Put together two super actor/singers to perform The Songs Of Kander & Ebb and it’s like Mantle and Maris hitting back to back homers in the world series. Oops, I promised myself I would avoid the Baseball references, however watching Haley Swindal you cannot help but wonder how this enormously talented lady became such an exciting entertainer coming from a sports/business family. Then again, George Steinbrenner did create exciting entertainment for millions with the Yankee franchise and he was also an avid fan and investor in Broadway shows.

Jana Robbins (Gypsy, I Love My Wife, The Tale of the Allergist’s Wife) and Haley Swindal (Jekyll and Hyde, White Christmas, Sweeney Todd) merged their talents again and returned to Feinstein’s/54 Below and once again it was an overflow audience standing and cheering after most of the numbers.

Jana Robbins wrote and directed the show and Joe Goodrich was music director.

This series continues on February 12th and there won’t be a rain date so get your ticket now.

Currently, Jana and Haley can be seen on stage together in the smash hit off-Broadway show This One’s For The Girls and Jana is the lead producer of the Joel Grey directed Yiddish Fiddler on The Roof.