My View: Joe Iconis Has Too Much To Drink As Barrington Stage Celebrates The Creation Of The Wolfson Theater Center 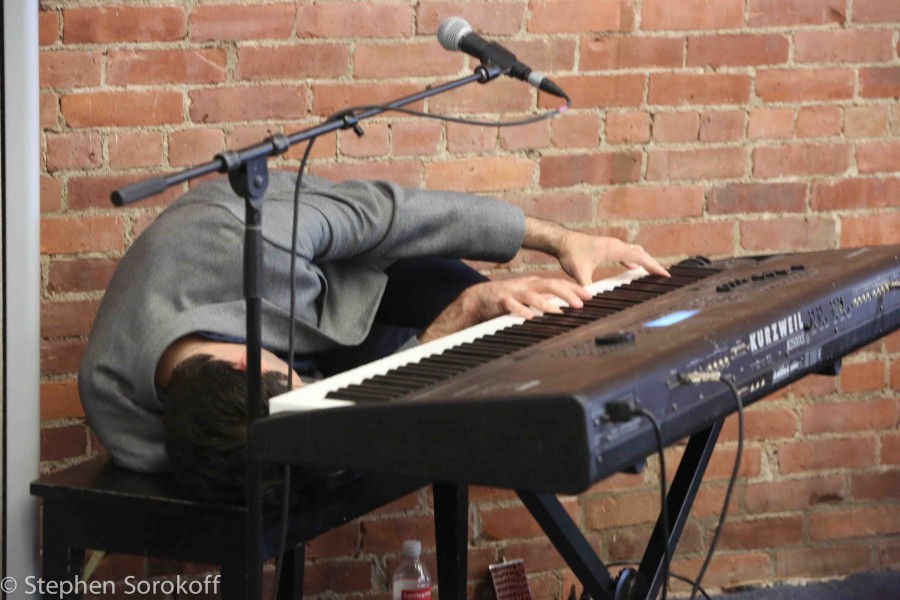 My View: Joe Iconis Has Too Much To Drink As Barrington Stage Celebrates The Creation Of The Wolfson Theater Center

It’s was only in the act as Joe Iconis  was the perfect drunk with Annie Golden, Lance Rubin and Sweet Tooth Williams as they entertained the crowd when Barrington Stage Company announced the creation of The Wolfson Theatre Center in Pittsfield Ma.

Barrington Stage Company (BSC), the award-winning theatre in Downtown Pittsfield, MA, under the leadership of Artistic Director Julianne Boyd and Managing Director Tristan Wilson, announced today the creation of The Wolfson Theater Center, at 122 North Street, Pittsfield, MA. The center is made possible through a generous gift from Jessie and Bernard Wolfson, and will serve as the center of BSC operations. Renovations on the building are set to begin in August 2016, with the administrative offices set to relocate in November 2016. BSC’s current office space, known as Octagon House (58 Union Street), will be converted into company housing. A.J. Schnopp Jr. Construction Inc., of Dalton, MA, will be the general contractor. Through the Wolfsons’ generosity, BSC will be able to customize the 28,000 square foot building to serve as their main headquarters. The building will house BSC’s administrative offices, which will all be under one roof for the first time since the company moved to Pittsfield. The offices will accommodate 20 year-round staff members, as well as an additional 40 staff members during the season. The facility will also contain 2 large rehearsal studios; classrooms for the Playwright Mentoring Project, KidsAct! and the Musical Theater Conservatory; a costume shop, including storage of the large costume inventory amassed in BSC’s 22-year history; a year-round box office; and an additional reception area for staged readings and other public events. The scene shop will still be located on 4th Street.   “I am absolutely thrilled to know that Barrington Stage Company will be expanding its footprint through the purchase of the 122 North Street building in downtown Pittsfield” said Mayor Linda Tyer. “We are privileged to live in a city where the arts flourish continuously throughout the year. Cultural institutions like Barrington Stage present high-quality theater productions and are equally committed to inspiring a love of the arts in our youth through dynamic community programming. I am excited about the many opportunities for creative engagement that this additional location will provide for our city, Berkshire County and beyond.” Barrington Stage has been at the forefront of “arts leading the economy” in Pittsfield and in the Commonwealth for more than a decade, first with the purchase and renovation of the Berkshire Music Hall—now the Boyd-Quinson Mainstage on Union Street—and the purchase and renovation of the VFW on Linden Street, which now houses the Sydelle and Lee Blatt Center for the Performing Arts, home of the St. Germain Stage and Mr. Finn’s Cabaret.  The “campus” (extending from Fenn Street to Maplewood) will now be complete with the Wolfson Theater Center, a multiuse complex that will serve Barrington Stage’s many programs. The first production to make use of the new rehearsal space will be the world premiere of Jonathan Larson Award-winning composer Joe Iconis’ Broadway Bounty Hunter, starring Annie Golden and Jeff McCarthy. Broadway Bounty Hunter features music and lyrics by Joe Iconis, a book by Joe Iconis, Lance Rubin and Jason SweetTooth Williams, choreography by Jeffrey Page, and direction by Leah C. Gardiner. Rehearsals begin today, with previews starting August 12, 2016. Opening night is set for August 19th for a limited run through September 4, 2016.

(For complete photos of this event go to Broadwayworld.com) 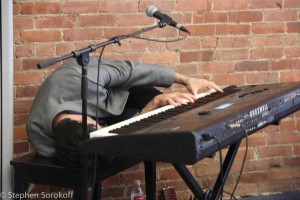 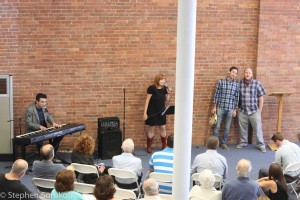 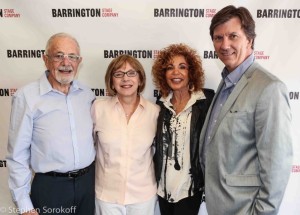 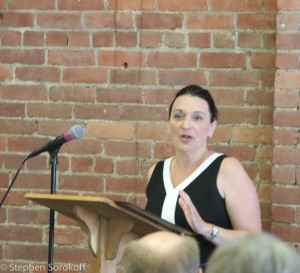 Stephen SorokoffDecember 13, 2021
Read More
Scroll for more
Tap
My View: The Trapp Family Made Music In These Hills But Mr. Finn Had Finkel & Sons
My View: Barrington Stage Board Member Makes Debut Opening Night in The Pirates of Penzance