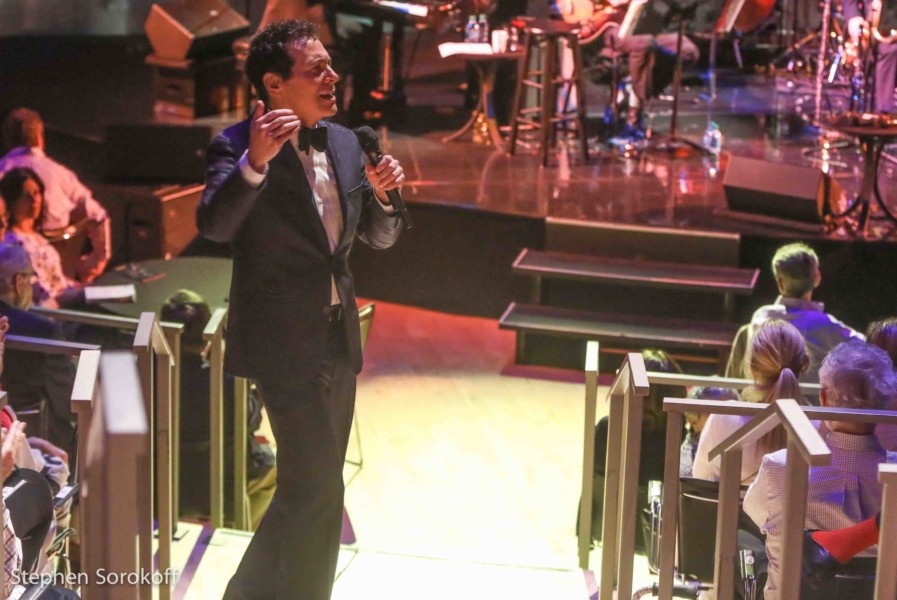 He was just like any other audience member (late-comer) at the start of a concert searching for his seat. But it was Michael Feinstein walking in from the rear of the hall, microphone in hand and singing with the backing of the Tedd Firth Big Band while locating his place on the stage of The Appel Room.

Michael continued the Jazz & Popular Song series with a glamorous tribute to an American national treasure: the enchanting Lena Horne and we were there for the concert and the after Happy Birthday for Clint Holmes

Horne was an iconic singer, dancer, actress, and activist who began her career at age 16 in the Cotton Club choir line, appeared in such musical films as Stormy Weather and Cabin in the Sky, and lit up Broadway stages in the Tony and Grammy Award-winning Lena Horne: The Lady and Her Music.

Between her celebrated songbook, inspiring life story, and enduring charisma, Lena Horne offered a perfect concert theme for Michael Feinstein — the “Ambassador of the Great American Songbook.” He still remembers the first time he saw Horne perform, noting that she had one of the most exciting stage presences he had ever witnessed.

(For complete photos of this concert go to Broadwayworld.com) 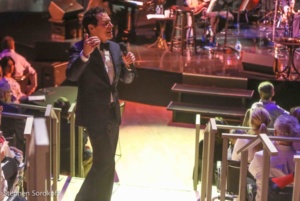 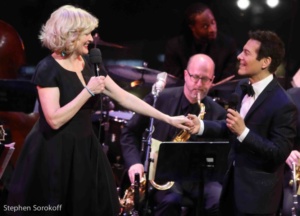 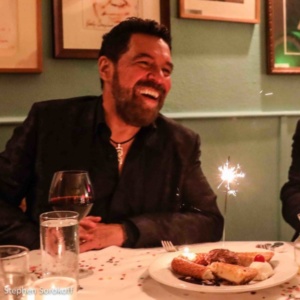 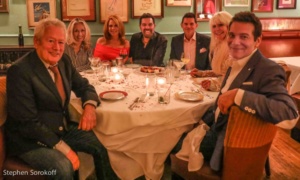