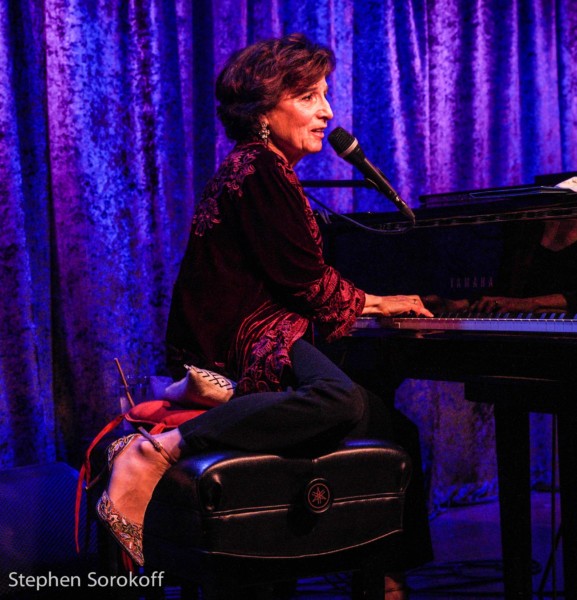 My View: Lots Of Love Notes In The Birdland Theater Last Night

My View: Lots Of Love Notes In The Birdland Theater Last Night

Among the many fans of Michele Brourman at her show Love Notes at the Birdland Theater last night were a host of singers, songwriters and theatrical folks.  They came to hear one of our most gifted singer/songwriter and pianists probably best known for her collaboration and partnership with Amanda McBroom and for composing the song, “”My Favorite Year”  It’s been recorded by Michael Feinstein, Dame Cleo Laine and Margaret Whiting among others. Hearing an artist perform her own material is always an extra special treat and in Michele’s case she also brings her artistry at the keyboard to the experience which enhances every nuance of her music (and she looks kinda cute on the piano bench). Michele’s phrasing and harmonies are the perfect fit for her haunting, funny, and moving songs.

Michele had her friends/special guests Tony Nominee Sally Mayes and MAC winner Maude Maggart join her for a number during the evening.  Everyone in the Birdland Theater loved the Love Notes of Michele Brourman last night.

Michele Brourman has written and produced he songs for 18 animated features released by Universal Studios, including the beloved “Land Before Time” series, writing for Reba McIntyre, Michael York, Lucy Lawless, Donny Osmond, Olivia Newton-John, Corbin Bleu, and a host of other singer/actors.  Bourman’s work has been featured in television and film and performed by countless cabaret artists, garnering numerous awards and critical acclaim.

Suzanna BowlingJanuary 17, 2023
Read More
Scroll for more
Tap
My View: What Is Cabaret?
The New York Pops Scores a Hit With Jeremy Jordan