My View: Maureen McGovern Joins Michael Feinstein at The Kravis 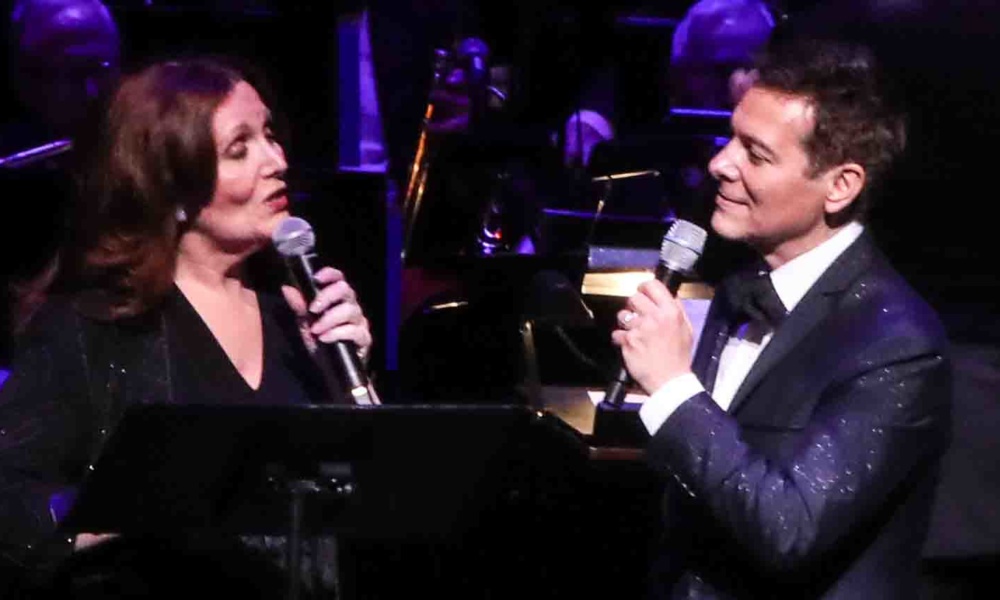 My View: Maureen McGovern Joins Michael Feinstein at The Kravis

There were thrilling moments at The Kravis Center Pops Orchestra concert last night conducted by Maestro Michael Feinstein.  One was being able to hear one of the most extraordinary vocalists of our generation, Maureen McGovern perform with the orchestra.  Another was the Maestro leaving the podium to sing “I’ve Got You Under My Skin” with Ms McGovern.  In the first half of the concert Will & Anthony Nunziata, two other great voices also thrilled the audience in the Dreyfoos Concert Hall with their mash up of Unchained Melody/Someone Like You.

The concert, which was sponsored by Sunny Sessa in loving memory of Leonardo Sessa had another emotional moment for those who realized that Maestro Feinstein and the Orchestra included the Sessa’s favorite song in the program,  “ I Only have Eyes For You”.  “The Morning After” this concert’s sounds are still ringing in the ears of anyone who attended.

My View: Paul Anka, Paul Anka!
Head Over To The Green Room 42 For Reeve Carney