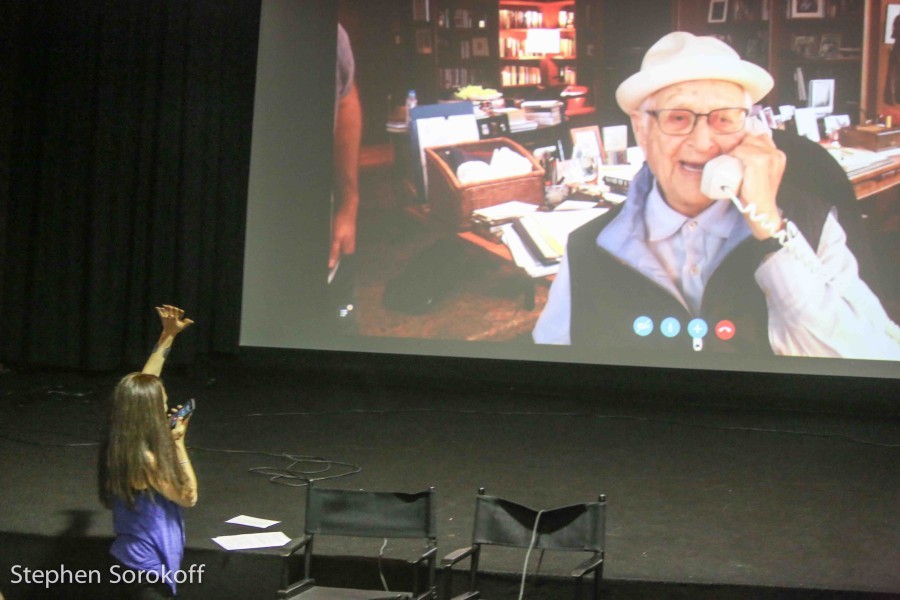 As the film ended there was a surprise for the Long Island movie goers.  Norman Lear appeared “live” via video hook up after the Gold Coast International Film Festival’s screening of the documentary of his life, Just Another Version of You.  Caroline Sorokoff director of the Film Festival interviewed Mr. Lear who was in LA. but his daughter NYC based Kate Lear was present to reminisce about “life with father” at the talk back.  After telling the packed audience at the Bow Tie Great Neck Squire Theater how much he loved his daughter Kate, Mr. Lear had some fascinating recollections to to share with director Sorokoff about his past and present career. Kate Lear is a writer, theater producer and arts advocate. She co-directs the Frances Lear Foundation and over the past decade has supported organizations working on behalf of disadvantaged youth, first amendment and voter protection rights, mental health advocacy and women’s issues. It was a rare opportunity for the Long Island audience to see a definitive chronicle of Mr. Lear’s life work and achievements.  Famed documentarians Rachel Grady and Heidi Ewing had seized the opportunity to fashion a dynamic portrait in their film, which matches the spirit of probably the most influential creator, writer and producer in television history.   Mr. Lear’s legendary 1970s shows such as All in the Family, Maude, Good Times, and The Jeffersons, boldly cracked open dialogue and shifted the national consciousness, injecting enlightened humanism into sociopolitical debates on race, class, creed, and feminism.

( For another article by Stephen & complete photos of this event go to Broadwayworld.com) 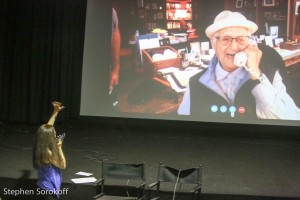 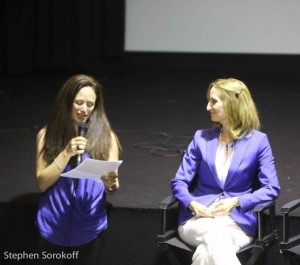 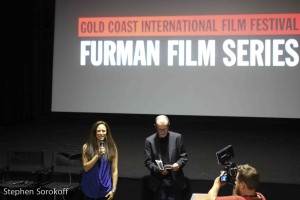 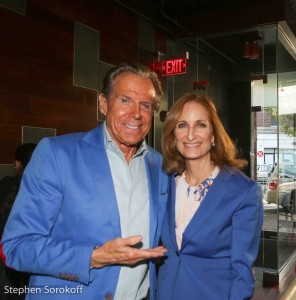 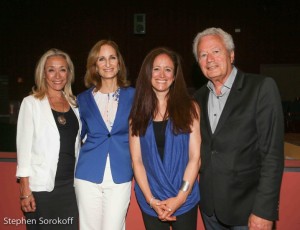 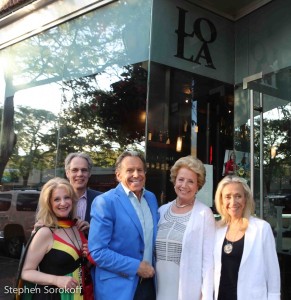 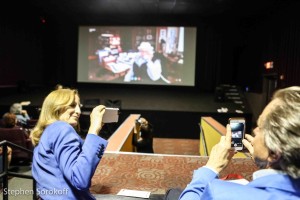 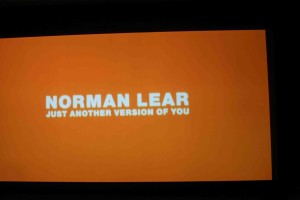 Norman Lear: Just Another Version of You