My View: One Of The Greatest Theatre Experiences Even If You Don’t Understand A Word (VIDEO)

My View: One Of The Greatest Theatre Experiences Even If You Don’t Understand A Word (VIDEO)

New York Mayor Fiorello LaGuardia spoke it fluently as did James Cagney.  Barbra Streisand  can converse, and Judy Garland sang in it.  Last night the National Yiddish Theatre Folksbiene premiered Fiddler On The Roof in Yiddish directed by Joel Grey for a VIP Opening Night audience and Gala which honored Jeffrey S. Wiesenfeld, Chairman of the Folksbiene. Audiences have been overwhelmed by this Yiddish production and last night’s celebrity filled theatre at the Museum of Jewish Heritage were brought to tears many times hearing one of the most celebrated musicals of all time performed in the language that is most genuine to the show’s historical period.

As director Joel Grey stated, “it’s the same score and the same show, but it feels so different, so authentic.”

The original Broadway production of the show, which opened in 1964, was the first musical theatre production in history to surpass 3,000 performances.  The show won the 1965 Tony Award for Best Musical in addition to eight other Tony Awards that year, and has performed in every metropolitan city in the world from Paris to Beiging.

The Yiddish translation of Fiddler On The Roof was artfully constructed by noted Israeli actor/director Shraga Friedman in 1965, and supports the brilliance of Jerry Bock, Sheldon Harnick and Joseph Stein’s musical, while deepening the connection of the work to Sholem Aleichem’s original Tevye the Dairyman stories.

As that famous 1965 comedy record album stated “ You Don’t Have To Be Jewish” ( to be thrilled by this show).  In fact, director Joel Grey does not speak Yiddish and numerous cast members took a crash curse in the language.

Many in the audience may not have understood all the words, but it was certainly one of the most meaningful and memorable nights they have had in the theatre.  Stas’ Kmiec’s musical staging and choreography were electrifying and the songs we all love never sounded better under music director/conductor Zalmen Moltek’s baton.

Check Out The Video 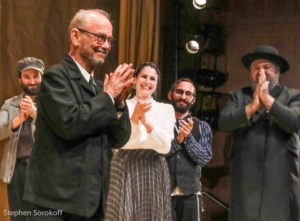 Fiddler On The Roof In Yiddish 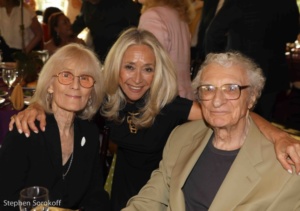 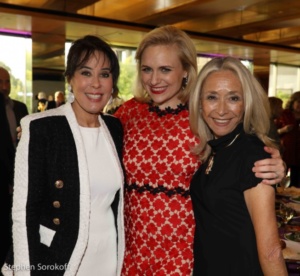 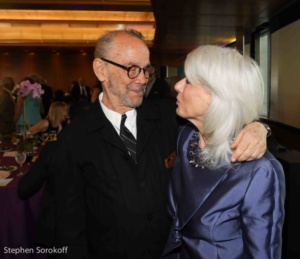 Suzanna BowlingSeptember 15, 2022
Read More
Scroll for more
Tap
Broadway in Bryant Park Starts Off With All That Jazz
My View: Opening Night at the BIRDLAND THEATER – Music is in Good Hands Upstairs & Downstairs