My View: One Of The Most Exciting Sounds You Can Hear – Marilyn Maye Makes Her Entrance Into The Appel Room with Tedd Firth’s Big Band Blaring

My View: One Of The Most Exciting Sounds You Can Hear – Marilyn Maye Makes Her Entrance Into The Appel Room with Tedd Firth’s Big Band Blaring

With New York City as the backdrop Marilyn Maye and the Tedd Firth Big Band brought some of the finest sounds ever heard to the stage of The Appel Room at Jazz at Lincoln Center last night.

Here is a backstage look as Marilyn enters to the blaring band and deafening cheers . (video)

Singer and actress Marilyn Maye is an iconic entertainer whom Ella Fitzgerald praised as one of her absolute favorite singers. Maye appeared on The Tonight Show Starring Johnny Carson an unprecedented 76 times and has performed with legends like Count Basie, Charlie Parker, Bucky Pizzarelli, and Michael Feinstein. Recently, Maye also brought her theatrical energy to The Appel Room with Michael Feinstein and the Tedd Firth Big Band (who will be accompanying her tonight as well!), to Rose Theater as part of Jazz at Lincoln Center’s annual fundraising gala, and to a packed Dizzy’s Club Coca-Cola. Now, for the first time, audiences will enjoy a full feature performance by this famously engaging crowd-pleaser in the unparalleled majesty of The Appel Room. Maye is one of the remaining geniuses from the golden age of show business, and she’ll be performing American Songbook classics including “On The Street Where You Live,” “Put on a Happy Face,” and “Here’s to Life.” 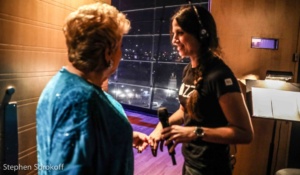 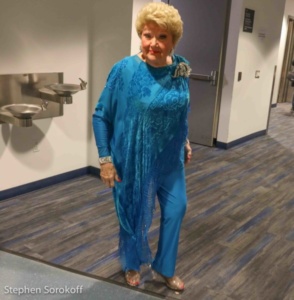 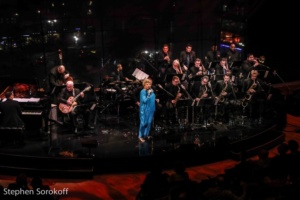