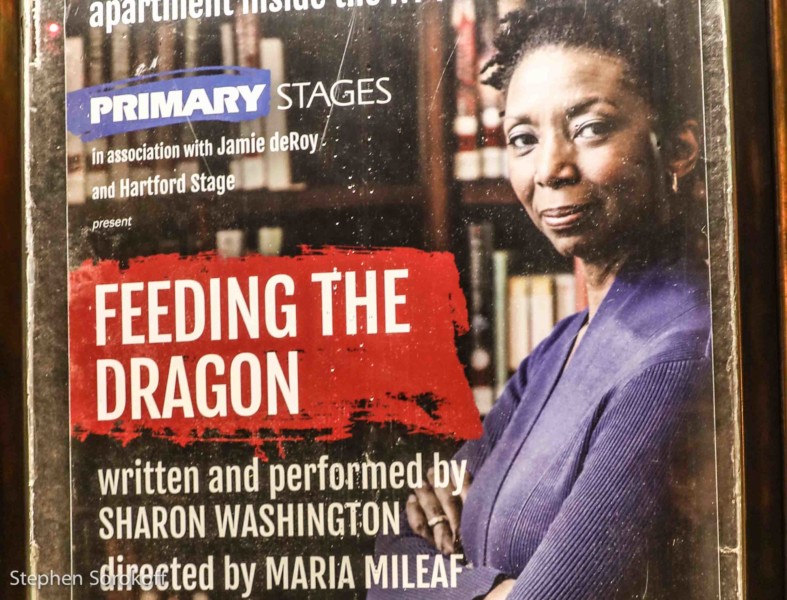 It was one of the season’s most exciting Off Broadway Opening Night’s at The Cherry Lane Theatre last night as Primary Stages in association with Jamie deRoy and Hartford Stage presented writer and performer Sharon Washington in Feeding The Dragon.

The curtain-calls and standing ovations would not stop at the conclusion of the unique and emotional personal story.  Sharon revisits her time growing up in an apartment on the top floor inside the St. Agnes Branch of the New York Public Library, where her father served as the building’s custodian.

The celebrity filled opening night audience of John Kander, Susan Stroman, Billy Porter, Mary Testa, Lillias Whte, Chuck Cooper, Danny Burstein, Brandon S. Epatha Merkerson, and others continued the cheering for Sharon Washington at the after party a few block from the theatre.  Primary Stages advertising slogan is “Your Off_Broadway Home” and  once again it was home to a magical theatre experience with this brilliant autobiographical solo piece.

Feeding The Dragon: written and performed by Sharon Washington, directed by Maria Mileaf. 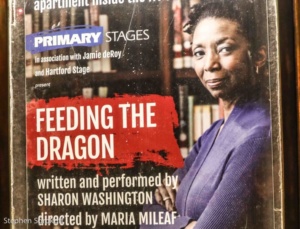 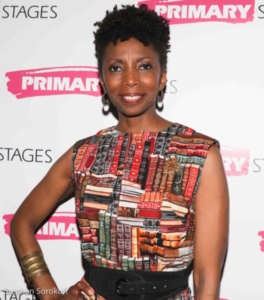 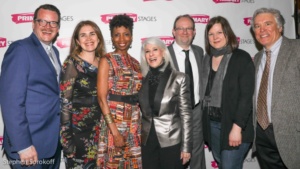 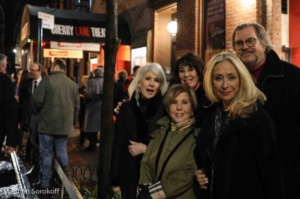